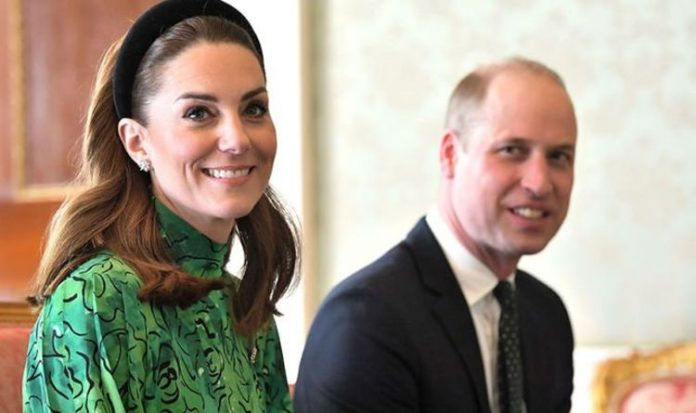 Kate Middleton and Prince William have their three children “absolutely besotted” with the newest addition to their family at Anmer Hall after the Cambriges were gifted a new puppy. Russell Myers, Royal Editor at the Daily Mirror, told Lorraine that the Cambridge children adore the new cocker spaniel puppy, whose name has not yet been revealed. This follows the tragic death of the family’s beloved cocker spaniel, Lupo, who passed away last month at the age of nine.

At the time, the Duke and Duchess of Cambridge revealed they were “heartbroken” by the news on social media.

However, the arrival of the new puppy has helped the whole family get over the death of Lupo, according to Mr Myers.

The new puppy was a close family affair – it was given to them as a gift from Kate’s brother James Middleton last year, shortly after Lupo’s death.

Prince George, seven, Princess Charlotte, five, and Prince Louis, two, are said to have fallen in love with the eight-month-old black puppy when they arrived an Anmer Hall.

JUST IN: ‘Kate Middleton will never be Queen’ – Why Duchess can’t rule