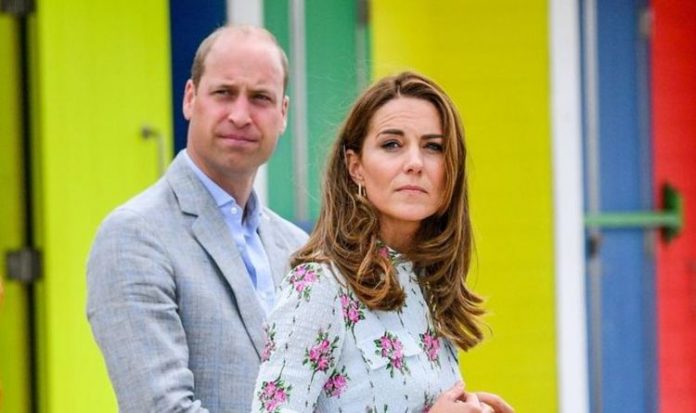 The Royal Family normally take part in a festive service at St Mary Magdalene Church on the Sandringham estate. But due to the coronavirus, royals including the Duke and Duchess of Cambridge will not be able to take part in the tradition.

It will be the first time in decades that members of the Royal Family have not visited the church on December 25.

The Cambridges are spending the Christmas holidays at their country home in Anmer Hall just two miles away from the Church.

Norfolk Police confirmed on Wednesday there will be no “royal event” at the church on Christmas Day.

The police’s announcement came as an attempt to persuade royal fans from gathering near the church.

In a statement, the Norfolk Police said: “Members of the public and media are advised there will be no organised royal event at Sandringham this year.

“Members of the Royal Family will not be attending the usual Christmas Day service.”

The Sandringham Churches website said the Christmas Day service would be going ahead with social distancing and no singing.

According to reports, only regular local members of the congregation are expected to be admitted to the service on Christmas Day.

In the 1980s the Royal Family decided to spend their Christmas celebrations at the Sandringham estate as the Windsor Castle was being rewired.

Since then, Her Majesty and other royals have been spending every Christmas in Norfolk until this year.

Earlier this week, the Cambridges were accused of “breaking” the coronavirus “rule of six” guidelines during a meeting with Prince Edward’s family at the Queen’s Sandringham estate in Norfolk.

The Duke and Duchess of Cambridge allegedly “mingled” with Prince Edward and his family at the royal estate.

William, Kate, Prince George, Princess Charlotte and Prince Louis attended a public attraction which was also visited by the Earl of Wessex, his wife Sophie and their children Lady Louise Windsor and James Viscount Severn.

The royals were visiting Luminate, a Christmas-themed woodland walk at Sandringham, on Sunday evening.

The two families arrived at the public event separately and royal insiders have claimed there was no intention of meeting up as a party of nine.

But as the royals walked around the trial, the two groups were seen mixing and chatting while sticking to social distancing, according to reports.

Express.co.uk have approached representatives of the Duke and Duchess of Cambridge for comment.