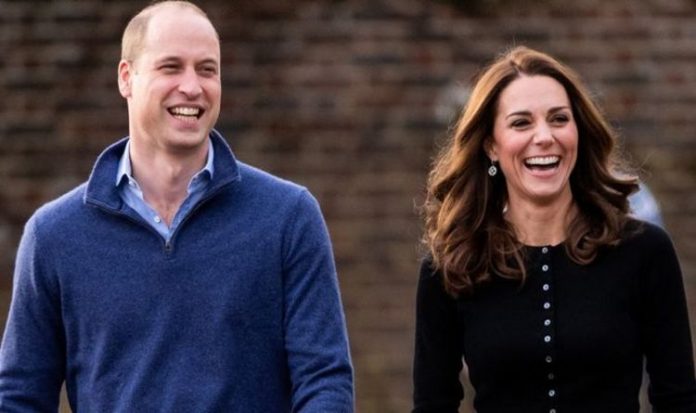 The Duke and Duchess of Cambridge split their time between Kensington Palace in London and their Norfolk residence Anmer Hall. When at their country home, William and Kate reportedly host friends who live in the area.

And a friend of the Cambridges has claimed Kate is “very chilled at home” and that William even makes the tea.

They told US magazine People: “At the end of the day, she’s in training to be a future Queen, but honestly you would never know it.

“It’s a lovely, welcoming house, not a fancy, stuffy palace in any way.”

The friend added: “It’s a normal, busy family home with kids running around and knocking things over. There’s no airs and graces.”

William and Kate revealed a glimpse into their country life in Norfolk in their Christmas card photo, which was released yesterday.

In the snap, taken an Anmer Hall, the family-of-five are casually dressed as they sit on a bale of hay with a large woodpile in the background.

Prince George, seven, Princess Charlotte, five, and two-year-old Louis smile for the camera alongside their parents.

Earlier this month during a visit to Wales, William admitted he and Kate were still deciding what to do for the festive season.

He told students in Cardiff: “It is so difficult. We are still trying to make plans. It’s difficult to know what to do for the best.”

Another option for the Cambridges would be to spend Christmas with Kate’s parents Carole and Michael Middleton in Berkshire.

William’s father Prince Charles and his stepmother Camilla will be at Highgrove, their Gloucestershire home.

Royal author Penny Junor praised the Queen for setting an example with her low-key Christmas plans.

“The Queen and the Duke of Edinburgh are both clinically vulnerable because of their age.

“I think that is showing real leadership in doing the right thing.

“If getting together at Christmas is going to put elderly people and vulnerable people in danger, probably it’s better to postpone it until we’re all safer.