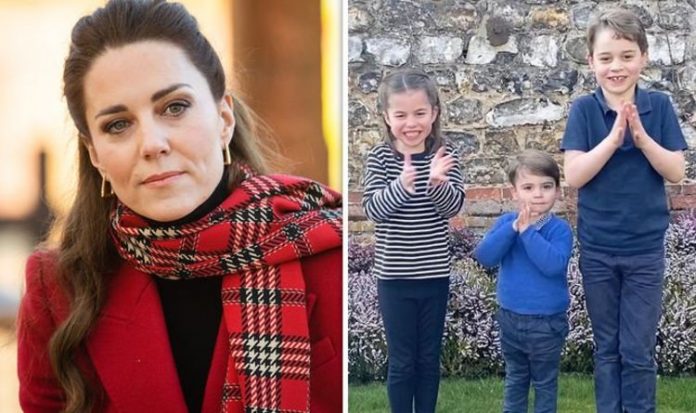 Kate, Duchess of Cambridge, 39, and Prince William, 38, are spending lockdown in Norfolk with their three children Prince George, seven, Princess Charlotte, five and Prince Louis, two. Last year it was revealed the family were in mourning following the death of their treasured black spaniel Lupo.

However, it has since been confirmed that family welcomed a new puppy shortly before Lupo’s death two months ago.

The Duchess’s brother and dog breeder James Middleton is understood to have gifted Kate, William and their children a female cocker spaniel puppy last year.

Mr Middleton originally bred a litter from his dog Ella in 2011.

He kept one, Luna, and gave Lupo to Kate in 2012 while William, then an RAF search-and-rescue pilot, was deployed to the Falklands.

The eight-month-old puppy is Lupo’s niece and may have helped the family recover from losing their beloved family pet.

Kate and William shared their grief over Lupo’s death with fans in a rare and candid Instagram post.

As well as playing in nature, Kate is a keen home cook and often spends time in the kitchen with the children.

The Duchess has previously spoken about teaching George and Charlotte to make pizza as well as Louis’s love for celebrity baker Mary Berry.

George and Charlotte are both pupils at Thomas’s Battersea primary school but are being homeschooled by William and Kate until schools reopen.

Ahead of the Easter holidays last year, Kate revealed she was keeping George and Charlotte to a tight lockdown schedule and hadn’t let them know term had technically ended.

The Duchess told BBC Breakfast at the time: “Don’t tell the children, we’ve actually kept it going through the holidays.”

She laughed: “I feel very mean! The children have got such stamina I don’t know how.

“Honestly, you get to the end of the day and you write down the list of all the things that you’ve done in that day.

“So you pitch a tent take the tent down again, cook, bake.

“You get to the end of the day – they have had a lovely time – but it is amazing how much you can cram into one day that’s for sure.”