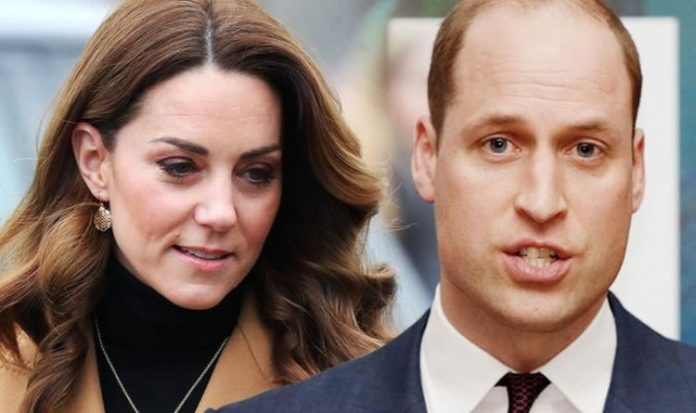 The Duchess of Cambridge, 38, has been described as having “super patience” by Prince William especially when it comes to homeschooling. The Duke of Cambridge said that he became impatient with Prince George, seven, and Princess Charlotte, five, at Anmer Hall during the lockdown. While speaking on the BBC’s Peter Crouch Podcast, the Prince went on to make an embarrassing confession about his numerical knowledge.

William said: “Probably that my patience is a lot shorter than I thought it was and that my wife has super patience.

“We’re a great team tag where I come in and talk to the children and do stuff and then and over to Catherine when everything is going wrong.

“I was a bit embarrassed about my maths knowledge I can’t do Year 2 Maths!”

Royal commentators Rachel Bowie and Roberta Fiorito discussed how the royals have been coping during lockdown with the children.

Ms Bowie added: “The Prince has such a good sense of humour in all of this and he mentions Kate quite a bit in the podcast.”

The Prince went on to reveal that he has to fight for control on his Twitter account as royal aides have tried to stop him from using it.

Ms Bowie and Ms Fiorito discussed his appearance on the podcast and urged royal aides to give him more control to write personal messages on it.

“I remember that tweet where he signed it ‘W’ so you knew it came from Prince William personally.

“He said ‘they keep me away from it now and I have to fight them for it’.”

It comes as the Prince was left stunned after a pensioner swore at him during a care home visit on Wednesday.

The Duchess of Cambridge and William were left in stitches after a pensioner swore at the heir to the throne during their visit to Shire Hall Care Home in Cardiff.

The royal couple had made a virtual visit and acted as bingo callers for the residents’ weekly session a few months ago during coronavirus lockdown.