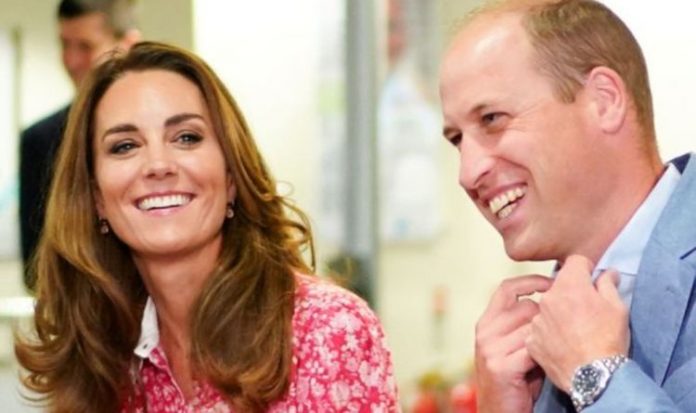 Kate, the Duchess of Cambridge and Prince William became a couple after a year of having met each other while attending the University of St Andrews in Scotland. The first signs the pair’s lasting relationship appeared after the royal joined his then-girlfriend to have tea with her parents, Carole and Michael Middleton, at their home in Berkshire. Royal commentator Luisa Ciuni suggested William was ultimately won over not only by the normalcy shown to him but also by the very common dessert he was offered during his visits.

Speaking to Tv2000, Ms Ciuni said: “At first, after overcoming a certain degree of embarrassment – Kate and William were still young, at university – they said, ‘come and have tea at our house.’

“They brought a Viennetta and he had never eaten something so good.

“From then on, Mrs Middleton, a mother who has since been accused of having groomed her daughters to become princesses, was in charge of making the prince have a Viennetta every time he visited because he didn’t normally have it.”

JUST IN: Mountbatten told Charles he was on ‘same downward slope which wrecked Edward VIII’s life’

The special role the everyday Viennetta seemed to play in the relationship between Kate and William comes as no surprise as the royal is known to have a soft spot for dessert.

Former royal chef Darren McGrady told royal fans earlier this month the Duke of Cambridge and his younger brother Prince Harry always “went back for” a sweet treat at the end of their meals while growing up.

Speaking on his YouTube channel, Mr McGrady said: “At Kensington Palace, the food was always served on the sideboard buffet-style, so the boys could go back for more and more and more.

“But it was always the desserts that they went back for!”

READ MORE: ‘Couldn’t keep hands off each other!’ Queen’s ex-aide speaks of Charles and Diana’s love

“The reason he chose it is that he used to go to tea with the Queen and he got a taste for it. That is when he started liking it.”

And the Queen has also remained loyal to the cake, with the former chef revealing Her Majesty eats a small piece of the dessert every day.

He added: “If there is anything left when she has it at Buckingham Palace, it then goes to Windsor Castle so she can finish it there.

“I use to travel on the train from London to Windsor Castle with the biscuit cake in a tin on my knee. It was half-eaten.”