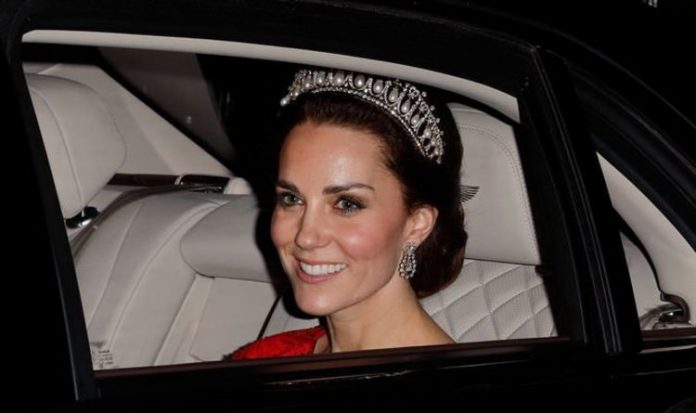 Kate Middleton plans to overhaul the monarchy when she becomes Queen Consort, according to royal sources. The Duchess of Cambridge wants to use her role when William ascends to the throne to become more “personable” to the British public. According to Us Weekly, Kate wants to “be speaking to the public more both in-person and with broadcasts” and could ditch some royal rules.

Speaking on Royally Us, Us Weekly correspondent Christine Garibaldi said: “We are getting reports on how Kate plans to change some of the royal rules when she becomes Queen Consort.”

Co-host Molly Mulshine explained: “Apparently, she wants to be speaking to the public more both at in-person engagements and occasions as well as with broadcasts.”

Ms Garibaldi responded: “I don’t think it’s that surprising. In the last few months she has definitely become more comfortable doing that.

“She has done a ton of zoom calls and a ton of virtual chats, and more so than ever she has been talking one-on-one with the people.”

She added: “I think it’s great. Having a personable relationship is what a lot of people want.”

Ms Mulshine said: “I feel like she used to never really talk that much and now we are hearing for her all the time, and that is great.”

Ms Garbiali noted: “It seems the Royal Family is very happy with her. We’ve had reports that the Queen absolutely loves Kate.

“The Queen loves that she has stepped up in the last few years and taken on a bunch of different. She is the head of eighteen different charities.

The source continued: “It used to be that you’d never see Kate at an event without William, but now she’s attending many official functions on her own now, a sign that she’s ready to be queen.

“She’s also been very present on social media and has gotten comfortable doing TV interviews and virtual chats. She’s keen to continue that in the future as well.”

On Friday, the 38-year-old Duchess delivered a keynote speech urging people to realise the crucial impact early childhood has on a person’s development later in life.

Language expert and author Judi James analysed Kate’s speech for Express.co.uk and has claimed she comes off “very regal” and offers “a glimpse of Kate in her role as future queen”.