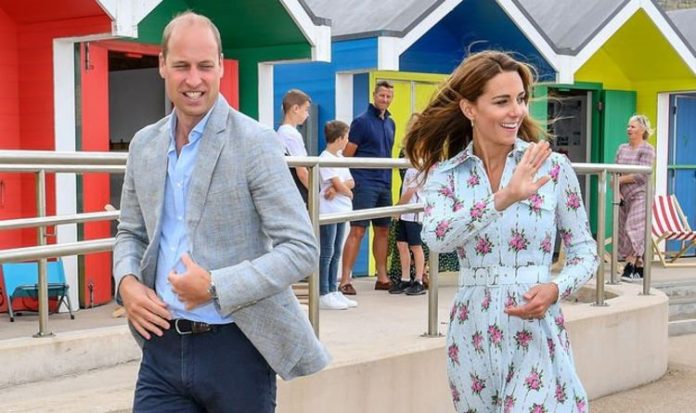 Finding Freedom, a biography by Omid Scobie and Carolyn Durand, revealed shocking secrets about Meghan Markle and Prince Harry’s exit from the Royal Family. But it also gave insight into Kate and William’s unique parenting style. The book’s reveal came before royal fans were sent wild over speculation about the Cambridge royal’s fourth child.

Mr Scobie and Ms Durand wrote that William and Kate split household chores like other modern couples despite their royal status.

The authors said: “He and Kate, who had an equal partnership when it came to the house, were modern parents.”

They also revealed that William is “involved in every aspect of raising” Prince George, Princess Charlotte and Prince Louis.

William’s efforts in raising the three children include the “school drop-off and pick up, as well as homework”.

William has spoken about his experiences with parenting with former football star Peter Crouch.

In Mr Crouch’s BBC Radio 5 podcast, William said that him and Kate are good at splitting duties.

The Duke added: “Basically we’re a good sort of team tag session where I come in and have a chat with the children and try to get them to do stuff, and then hand over to Catherine when frankly everything has gone wrong.”

He went on to discuss how he has found the coronavirus lockdown “pretty testing” for raising the three children.

READ  UK works with Honduras ahead of Association Agreement implementation

William said: “Trying to keep the children engaged and interested in some sort of work.

“It’s been an interesting few months.”

It comes as royal experts speculate that Kate is pregnant with the Cambridge royals fourth child.

The first clue Ms Santos López suggested is Kate’s hair, on which she said: “Every time the Duchess of Cambridge changes her look, she announces that she is pregnant within a few days.”

Kate previously changed her hairstyle in the early stages of pregnancy with George in 2013, and also had a new hairdo when she was expecting Louis in 2017.

The second clue is the Duchess’ cleared schedule, on which Ms Santos López added: “Kate’s agenda is locked.

“She will take time off, which could mean she is pregnant, considering that her previous pregnancies have been complicated.”

She said: “William would be a very poor poked player as his facial expressions are often a give-away, especially when it comes to any good news.

“Unlike his dad he might manage to mask negatives like anger or frustration, but watch out for a lot of suppressed smiling if/when he is sitting on a fourth baby secret.”