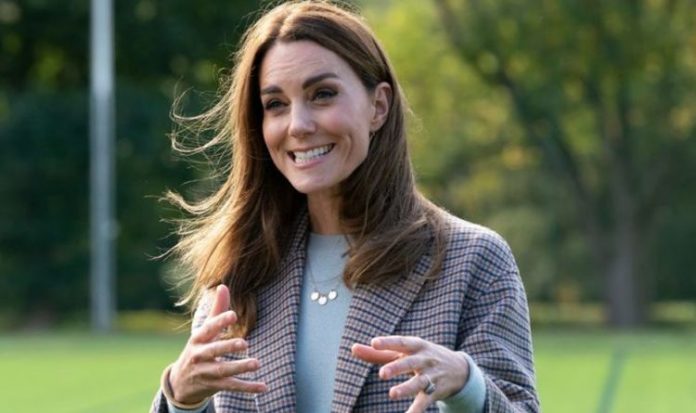 Kate, the Duchess of Cambridge’s ability to “buckle down” and perform her role as a senior royal has been praised by experts. The future queen consort has now become “the template for those who wish to marry into the Royal Family”. Commentators discussed why the Duchess has been able to achieve this on Channel 5 documentary, ‘When the Middletons Met the Monarchy’.

“Even if she didn’t want to dress a particular way or wear gloves or go through certain formalities, she’d buckle down and do them.

“She regards that as her role.”

Narrator Glynis Barber told viewers: “Scandals, frictions and a slimmed-down monarchy have changed the look of the Royal Family.”

She continued: “But the Duchess of Cambridge and her family have stood firm.

“They have become a touchstone for the Windsors’ future.”

Etiquette consultant William Hanson gave insight: “Catherine is the template for those who wish to marry into the Royal Family.

“She’s realised that she is going to have to listen to those who have come before her in order to win.”

According to the documentary, the Queen’s 2012 Diamond Jubilee provided a glimpse into the new royal make-up.

“There was a former Middleton just a year into her royal marriage at its front and centre.