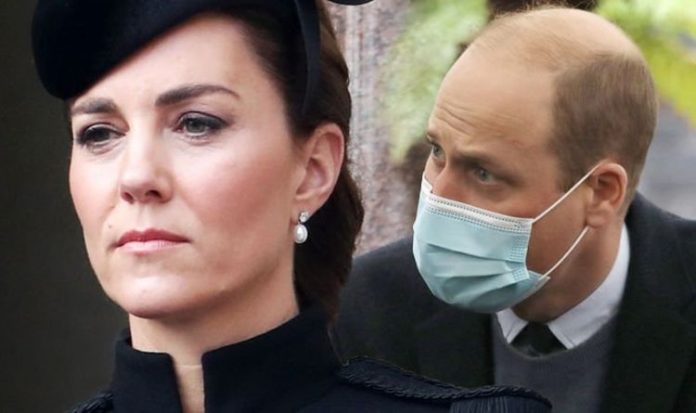 The couple have gone on to become one of the strongest pillars of the Royal Family, and next year they celebrate their 10th wedding anniversary. Although their relationship has gone from strength-to-strength since their spectacular 2011 wedding, reports have continued to discuss the Duke and Duchess’ breakup in 2007. This, royal author Andrew Morton claimed, was because William “thought he could do better” than Kate.

But a podcast revealed that initially it was Kate who “wasn’t sure if she was interested in William”, after their first encounter while they were together at St Andrews’ University.

Victoria Arbiter, a former CNN royal correspondent, explained that Kate “had another boyfriend… who by all accounts was a nice man”.

The boyfriend, Ms Arbiter said, was “ahead of Kate in terms of school years” and left the university before the soon-to-be Duchess did in 2005.

She added on the Windsors podcast in 2019: “Prince William, he kind of expressed a bit of interest but I think Kate was still playing hard to get.

However, they would eventually get together as “it was clear William was smitten with Kate”, royal author Katie Nicholl suggested in her 2011 book The Making of a Royal Romance.

Ms Nicholl explained that William had once told Kate “she was a knockout… which caused her to blush”, adding: “She played it very cool and at one point when William seemed to lean in to kiss her, she pulled away.

READ  Investing in foundation industries: help to back innovators

“She didn’t want to give off the wrong impression or make it too easy for Will.”

The couple would go on to have three children together, Prince George, Princess Charlotte and Prince Louis, and since their wedding have become two of the nation’s most loved members of the Royal Family.

And their relationship appears stronger than ever, as body language expert Judi James explained after a series of pictures of the couple on royal duty in September showed.

Ms James said there was “flirtatious eye contact” between the pair as they wore coronavirus masks while attending a London bagel shop.

She added: “There’s something about the fact that their faces are part-covered with masks that makes their intense body-language-mirroring rituals even sweeter than usual here.

“William and Kate have always defined the depth of their rapport and like-minded intimacy as a couple via their body language echoing and here, whether they are both gazing wistfully at a display of pastries or both walking with their hands in a partial clasp in front of their torsos, that non-verbal bonding looks very strongly in place.”