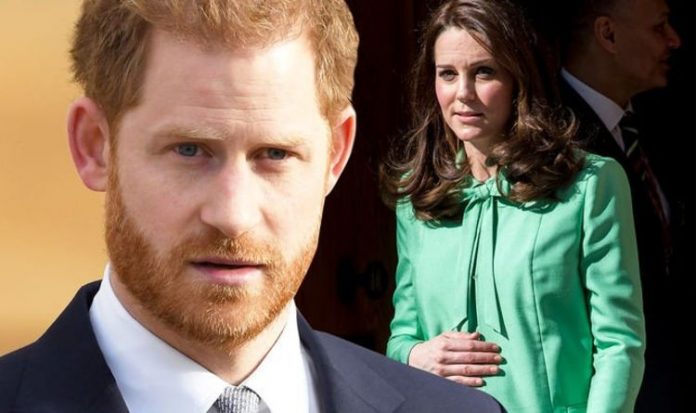 Speculation surrounding a major fall-out between Harry and William has dominated the headlines this year, with further fuel added to the allegations following the publication of ‘Finding Freedom’, a biography that reviewed the Duke of Sussex and his wife Meghan Markle’s time in the Royal Family. The pair are said to have fallen out over comments William made regarding former actress Meghan, and earlier this year she and Harry made the bombshell move to stand down from senior royal duties. Despite the supposed row, William and Harry were once rocks for one another, the brothers’ bond enhanced by their decision to take up careers in the Armed Forces.

And in one heartbreaking move, Harry sent a message to Kate while she was pregnant with first child Prince George, to demonstrate his relationship with William and his wife.

At the time of the message, Kate had been hospitalised as a result of suffering from hyperemesis gravidarum, an acute form of morning sickness.

As a result of the extremely rare condition, Kate spent four days in London’s King Edward VII Hospital, where William would routinely visit her to check on the Duchess’ health.

Reports emerged that Harry had been told about her sister-in-law’s health problems and sent a note to her.

The Duke of Sussex, 28 at the time, was serving in Afghanistan as an Apache helicopter co-pilot gunner, but still ensured his message was relayed to the poorly Kate.

According to , the message said: “Get well soon, sis.”

A source also revealed that Harry was “really looking forward to coming back and can’t wait to be an uncle”.

In 2012, when the message was sent, a spokesman for the Windsors said he would not comment on whether the note had been sent or not.

JUST IN: Kate Middleton given £60,000 jewellery set from Prince Charles

Yet, in a move away from the rift claims, both Harry and William issued a joint statement surrounding plans to immortalise their mother Princess Diana with a new statue inside Kensington Palace in August.

‘Finding Freedom’ was published by HarperCollins and is available here.