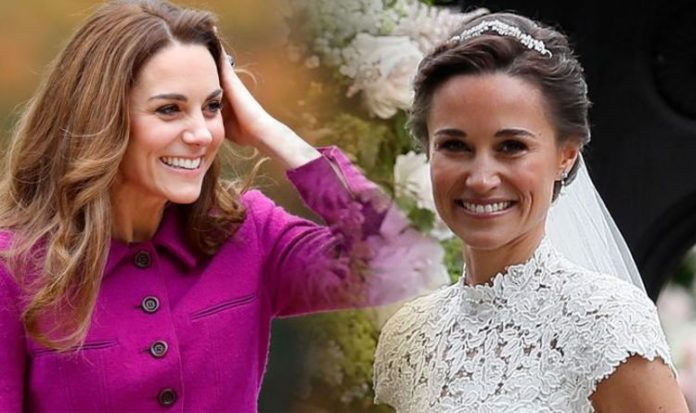 Kate, Duchess of Cambridge and Prince William tied the knot nine years ago, and subsequently the couple became known as the Duke and Duchess of Cambridge. On the day of Kate’s wedding at Westminster Abbey, her sister Pippa Middleton was on hand to attend to the bride and carry her train through the abbey.

Through her sister’s marriage in 2011, Pippa became the sister of the future Queen Consort.

But while Kate and William received new royal titles on their wedding day, Kate’s parents Michael and Carole Middleton did not receive any new styles after the nuptials.

Pippa did not receive a royal title either, but she could one day be eligible for a new title separate from the Royal Family.

And through a purchase made by her father-in-law some years ago, Pippa could be the recipient of a new title one day.

The sprawling estate is located in the Scottish Highlands, and as owner James’ father is entitled to use the style of Laird of Glen Affric.

As a hereditary title, when James inherits the estate from his father he will also be inheriting the title of Laird.

Peerages in the UK include certain titles, such as Duke, Earl and Baron.

“‘Laird’ is not a title, but a description applied by those living on and around the estate.

“Ownership of a souvenir plot of land does not bring with it the right to any description such as ‘laird,’ ‘lord,’ or ‘lady.'”

Kate, Duchess of Cambridge has three children who are all in line for the throne and therefore have their own royal titles.

However, as Pippa is not married to a member of the Royal Family, her children are also incredibly unlikely to use any titles in the future either.

Pippa and James welcomed their first child, a son called Arthur, in 2018.

Ms Koenig explained to Harper’s Bazaar Pippa’s children will have “no titles whatsoever”, and will simply be known as Master or Miss Matthews.