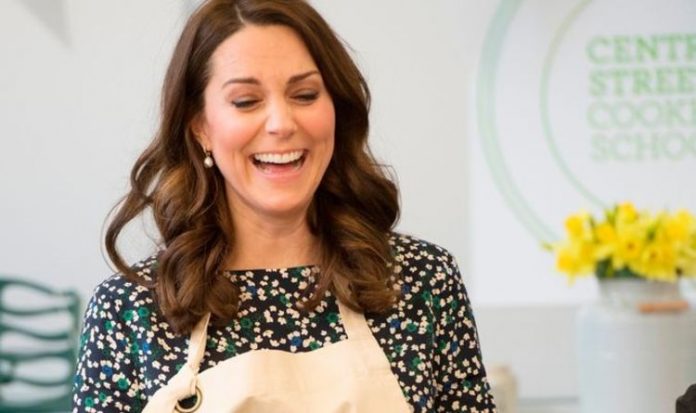 Royal fans have tracked down all the supplies needed to make the same Poppy Appeal cakes as the Cambridge family, according to commentators. Kate, the Duchess of Cambridge, and Prince William had joined with their children to help decorate fairy cakes with tiny edible poppies. Royally Obsessed podcast hosts Roberta Fiorito and Rachel Bowie discussed the sweet display.

Ms Fiorito told listeners: “Throwing it back to the beginning of quarantine, I’m really thankful for Kate’s Pinterest crafts.

“It was so fun and I actually have that on my fridge.

“There are other crafts too. She did the bags of pasta, which was actually homemade.”

Ms Bowie added: “She also did poppy cupcakes as well but that was for Remembrance Day.

“They baked them themselves, and a couple of royal fans that I follow have found all the supplies.

“I don’t know if Kate herself listed the supplies that she ordered.

“They were available in Amazon UK, you can use them to create it exactly how they did it.”

Kate is known for making special treats for the Cambridge family.

She always makes the cake for his children’s birthdays each year.

The Duchess also chatted with armed forces families on a Zoom call as part of Remembrance week.

She spoke to several families who had lost loved ones serving in the military from her home at Kensington Palace.