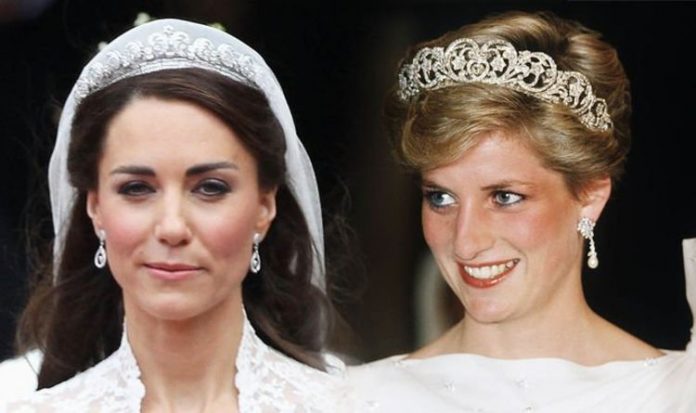 Kate, Duchess of Cambridge, joined the Royal Family in 2011 when she married Prince William.

The couple had dated for several years after meeting at university.

Since that time they have had three children together: Prince George, Princess Charlotte and Prince Louis.

But in a family of princes and princesses, Kate is the only one who is not known by a Princess title.

READ MORE: King Charles: The FOUR names Charles could go by when he becomes King

Many royal watchers have been quick to point out that Diana, Princess of Wales, was not a direct relative of the Queen and yet was known as Princess Diana.

However, this was never her official title, instead, it was a name given unofficially by members of the public because of how beloved she was.

Princess Diana was officially Diana, Princess of Wales, taking her title from Prince Charles and his role as Prince of Wales.

To use the Princess title officially, Diana would have been Princess Charles, taking the title from her husband.

Kate, therefore, is technically a princess in this same vein through her marriage to Prince William.

The Duchess of Cambridge is able to only use the princess title as Princess William.

But she will never hold the title of Princess Kate officially.

It is, however, possible she will be named as such by the public once Prince Charles becomes King and Prince William becomes the next Prince of Wales, making Kate, Princess of Wales.

All women who marry princes within the Royal Family are therefore princesses through their husbands.