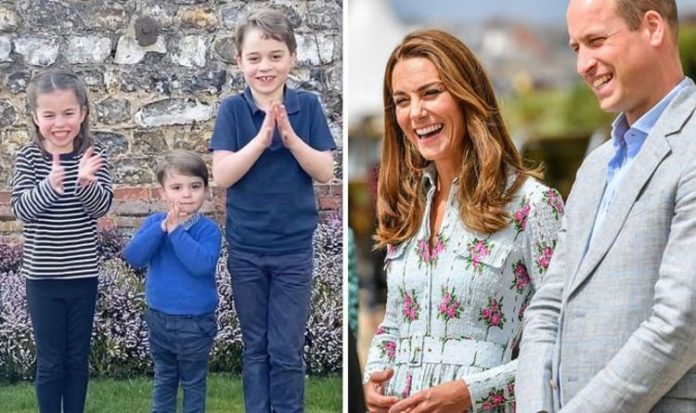 The clip was the first time Prince Louis had been heard speaking in public and the sweet footage sent royal fans into meltdown.

The video was shared on Kensington Palace’s social media accounts at that time.

Prince William, Kate, Louis, Charlotte and George, stepped out in London earlier this month for a special pantomime performance at London’s Palladium Theatre, hosted by The National Lottery.

The event was to thank key workers and their families for their efforts throughout the pandemic.

The outing was the first time the Cambridge family had been seen out en masse in many months.