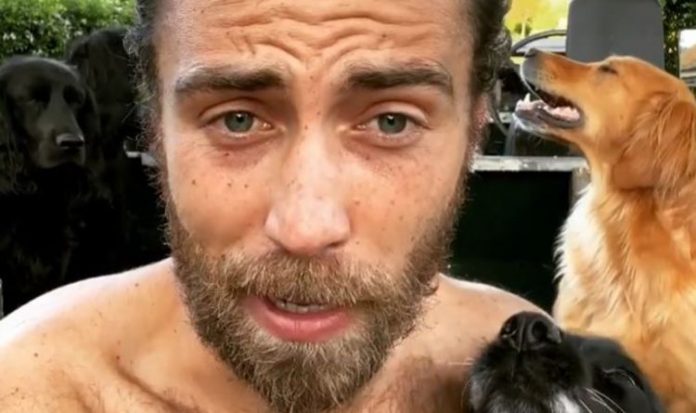 James Middleton has taken social media to another “level” after releasing “crazy” Instagram posts, royal commentators say. Royally Obsessed podcast hosts Roberta Fiorito and Rachel Bowie discussed Kate, Duchess of Cambridge’s brother as they broke down the best royal moments of 2020. The experts noted the future Queen consort would not be able to “get away” with the same content as her siblings.

Ms Bowie told listeners: “One of my highs of the year has been James Middleton’s Instagram.

“The Middleton siblings have really upped their game on social in 2020.

“All the time lapses, all the videos, the Instagram reels as well.

“There was a rap song I loved that James played when he shaved his beard in quarantine on camera.”

READ MORE: Kate and William’s children to ‘take over’ royal roles unlike Wessexes

She continued: “That’s just the craziness that William and Kate, and Harry and Meghan, couldn’t really get away with posting, or don’t feel comfortable with.

“He totally takes it to that level, and I love that.”

The 33-year-old announced that he had proposed to his girlfriend of almost a year in October 2019.

She added: “They’ve pushed off their wedding a couple of times, they’ve had to reschedule things.

“They’ve been playing a lot with their dogs in lockdown and doing a lot of things out in nature and exploring.

“James Middleton enjoying the great outdoors in Scotland and being engaged.

“He’s really savoured that time with his fiancée and posted the best content of all time.”