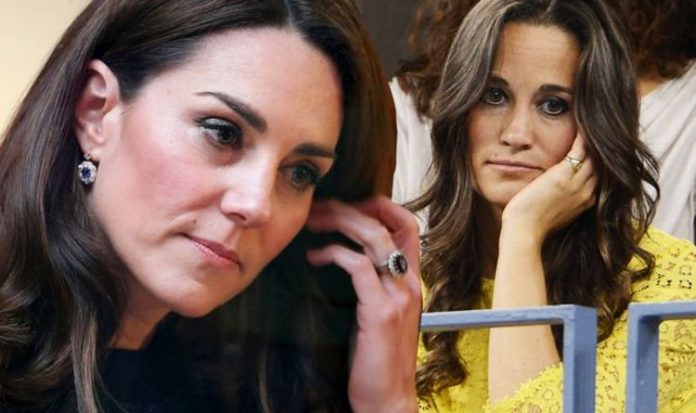 Kate and Prince William have been busy throughout the coronavirus pandemic performing their royal duties to the best of their ability. The pair have mostly used the time to remotely call and talk to organisations they are patrons of, and reach out to the wider public through mainstream television. Kate, in particular, has become a favourite guest of broadcasters, having talked on ITV’s This Morning and BBC Breakfast about her lockdown experience.

Other royals have also been expected to continue to carry out their duties in what is a clear indicator of their intense lives.

Another intense aspect of royal life was floated earlier this year by TheTalko, which probed Kate and Pippa’s competitive childhood.

The publication said the pair had had a fierce “rivalry” growing up, which continues even to this day.

A video exploring the theme said: “Kate and Pippa have always been close but that doesn’t mean they don’t have a bit of a sibling rivalry going on.”

When the pair lived away together at boarding school, the video claimed: “Even though they collaborated on plenty of activities, friends noticed there was definitely a competitive streak between them.

“Denise Alford, their sports coach, claimed that while both girls were tenacious on the playing field, Pippa was the more driven of the two.”

Further, Andrew Morton, the author of ‘William & Catherine: Their story’ said he believes that even to this day, Pippa and Kate compete with each other, but have learned to be more subtle about it.

READ  Department for Transport gives green light to £12.7 million for A595 upgrades in Cumbria

In 2008, a family friend of the Middleton’s told The Scotsman that Kate was always worried that Pippa would somehow overshadow her.

Emma Sayle attended Downe House with the girls and told the Daily Express in 2010: “Kate and Pippa were hugely competitive.

And, according to a Marie Clare report the following year, Kate would have been surprised at the amount of attention Pippa received at her royal wedding.

The event propelled Pippa on to the world stage, with Kate’s sister being offered countless lucrative contracts and work as a result.

Yet, many have since said that the sisters have grown out of their competition between themselves.

The International Business Times claimed last year that the pair “are competitive but never against each other”.

The sisters even lived together for a time in a small Chelsea flat following their graduation from university.