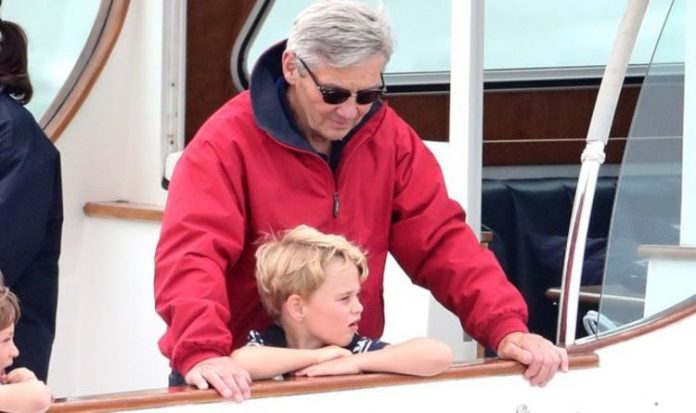 The choice of Prince George’s next preparatory school will be kept “very private for as long as” possible, a royal commentator has claimed. Prince William and Kate, the Duchess of Cambridge already sparked “surprise” with their first education decision, and could do so again. Royal experts discussed how Carole and Michael Middleton would slot into this situation on Channel 5 documentary, ‘When the Middletons Met the Monarchy’.

Narrator Glynis Barber told viewers: “The stark difference between Kate and William’s upbringings had led to speculation over where Prince George will spend his academic years.

Daily Mail Editor-at-Large Richard Kay added: “Many people thought George’s first school would be the same pre-prep school that William himself went to.

“We all remember Diana doing the school run with William and Harry in the early 1990s.”

He continued: “Then we assumed that George would be packed off to a boarding prep school and ultimately to Eton.

“They surprised us with their choice with Thomas’ prep school in London for George.

“I should imagine that Mike and Carole will be pretty involved in what kind of establishment would suit George.

“One thing’s for certain, they’ll keep the decision very private for as long as they can.”

He then went to board at Ludgrove School and eventually Eton College.

His Eton education marked a decided difference in the Royal Family.

Prince Philip had all of his sons attend his own alma matter, a rather austere boarding school in Scotland called Gordonstoun.

Prince Charles famously loathed his time there, describing it as ‘Colditz in kilts’.

The Prince of Wales made sure to break the family tradition by sending his own sons to Eton.