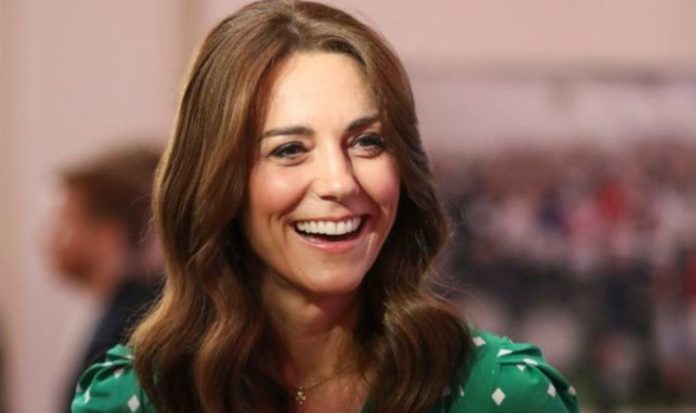 The Duchess of Cambridge has been marking the week which highlights the importance of children and young people’s mental health. Kate and Prince William’s Kensington Palace Twitter account thanked Dorothy Gatherum who shared two drawings.

The Twitter user said: “Annie and I spent some time thinking about what makes us happy #ChildrensMentalHealthWeek @KensingtonRoyal #MentalHealthMatters.”

The Cambridges also retweeted a number of other drawings from Twitter users for Children’s Mental Health Week.

Kate shared a video message on Sunday to mark the start of Children’s Mental Health Week.

The royal, who was casually dressed in a bobble hat as she filmed herself from a field, urged parents to “look after” themselves.

She also said mothers and fathers need to be “the very best versions of ourselves for the children in our care”.

Kate – who is mother to Prince George, Princess Charlotte and Prince Louis – has supported Children’s Mental Health Week since it was launched in 2015.

The initiative was started by Place2Be, a children’s mental health charity of which she is a royal patron.

“Find those ways in which to share your thoughts and your feelings or find someone to talk to because we really do need to be the very best versions of ourselves for the children in our care.”

Kate also paid tribute to teachers in a series of video calls this week with staff from Ribbon Academy, County Durham.

Kate told headteacher Ashleigh Sheridan: “Schools are doing an amazing job, as parents you really recognise what a vital role you do play for us on a day to day basis – having remote learning as well.”

Speaking to Chris Reay, who attended Place2Be sessions as a child after a traumatic life event and is now working at the school, she added: “I know this time has been really challenging for teachers across the country.

“You play such a vital role in looking after our children so it’s important that you are looked after too.

“I want to say a massive thank you to teachers across the country.

“You’re doing a fantastic job. It’s been really, really hard work. But please look after yourselves.”

Kate is spending the lockdown at her and William’s country residence Anmer Hall in Norfolk.

Two-year-old Prince Louis has not yet started school.