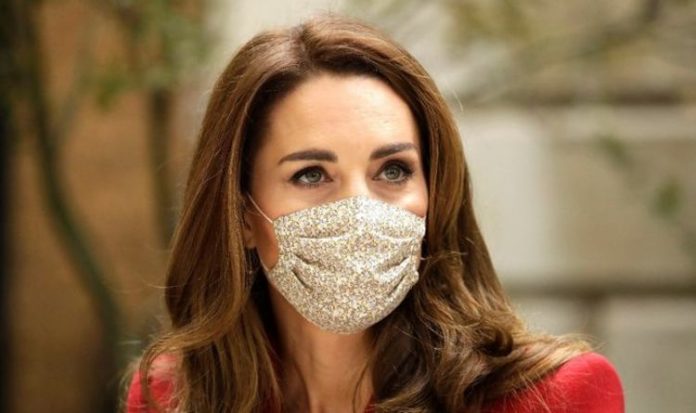 Wearing a face mask and a red ankle-length Alexander McQueen coat, Kate met people in London who were involved in the Hold Still project that she and the National Portrait Gallery created to document life during lockdown in the UK. She and the Duke of Cambridge went to two sites in the capital, among 112 places in 80 towns and cities across the UK displaying images from the project on billboards and posters for the next four weeks.

At St Bartholemew’s Hospital, in London, they met specialist oncology pharmacist Joyce Duah, 33, whose image of two colleagues – pharmacy technicians Amelia Chowdhury, 34, and Dipal Samuel, 38 – were among the final 100 selected to go on display.

The picture, entitled All In This Together, was taken at the height of the Covid-19 crisis and showed the pair writing their names, on their PPE aprons.

READ  7-year ban for caterer who failed to pay taxes

Kate, 38, told Ms Duah: “Thank you so much for the image. It had such an impact – it captured the moment, it was a look behind the scenes.

“The story of what you experienced is so important.”

All 100 portraits will feature in an exhibition hosted by the National Memorial Arboretum, in Staffordshire, from Friday.