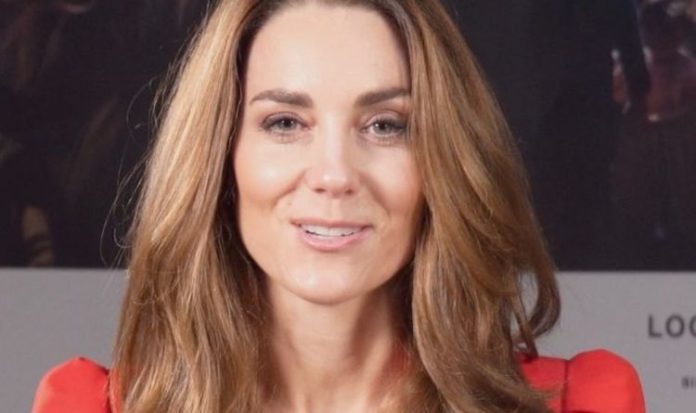 Kate, the Duchess of Cambridge has been taking on an increasing number of roles and duties as she becomes more confident with the position she holds within the Royal Family. Her faith in her abilities could leave the royal in a spot where she can push for significant changes to the royal system, according to a royal insider. Clevver News’ Emile Ennis Jr said: “Kate Middleton has been Queen Consort-in-training for quite some time now.

“But before she officially takes the crown, she’s got a few outdated ground rules that she is determined to reform. Kate Middleton and royals go together like tea and crumpets.

“A source revealed to US Weekly that Kate has flourished into a queen-in-waiting in front of everyone’s eyes and that the Royal Family could not be more pleased. However, while awaiting Prince William to finally take charge, it seems Kate has some major changes in store.

“The source said Kate ‘may change some of the outdated royal rules when she becomes Queen consort,’ and plans to meet with more members of the public at royal engagements.

“The royal insider also went on to say Kate has been very present on social media and has gotten comfortable in doing interviews and virtual chats. She’s keen to continue that in the future as well.”

JUST IN: Princess Eugenie defended by fans over claims of ‘blindsiding’ Queen – ‘Never do that!’

Moving a larger amount of her royal duties online would not only allow Kate to reach out to more people but also reduce the impact her royal schedule has on her relationship with her three children.

The insider added: “Family means everything to Kate, and one of her biggest worries about the future is not being there for George, Charlotte and Louis.”

The Duchess of Cambridge had the opportunity to spend a lot of time with all three of her children as schools shut down during the pandemic.

Speaking to Express.co.uk during the first lockdown, royal commentator Phil Dampier suggested Kate got to “enjoy” the time at home as she could play and teach with George, Charlotte and Louis more freely.

READ MORE: Queen ‘will be angry’ about the Crown’s ‘pathological dissection’ of Royal Family – Insider

The pair was among the first members of the Royal Family to resumed public duties and has continued its efforts to boost morale both in the UK and across the Commonwealth.

While schools shut down in March because of the pandemic, the Government opted to have education available as England was forced to shut down again.

While Kensington Palace has not confirmed the Duke and Duchess of Cambridge’s decision, Prince George and Princess Charlotte are likely to have remained in schools alongside their classmates.