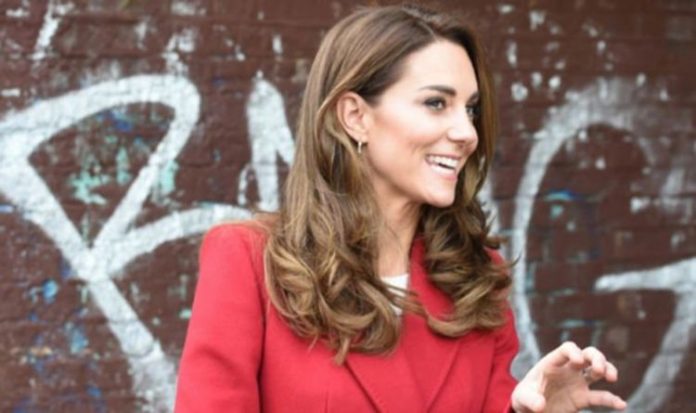 Kate headed to south London this morning to officially launch the Hold Still exhibition. The Duchess was supported by her husband William as she walked through Waterloo to take a look at billboards advertising the event.

The posters, scattered around the UK, portray some of the 100 pictures who made it to the final of the contest.

Kate, wearing a long red coat above a white blouse and black trousers, was pictured pointing at one of the billboards while speaking to Prince William.

During their trip to south London, however, the Duke of Cambridge appeared to be interested also by another attraction.

The cheeky Duke was photographed looking inside a KFC restaurant, eyeing the products bought by the smiling customer sitting near the window.

From today and throughout the next four weeks, the 100 hand-picked photographic portraits from the digital exhibition launched in May will be on shown on billboard and outdoor poster sites in 80 areas across the UK.

Among the sites chosen, many are in the home towns of the entrants.