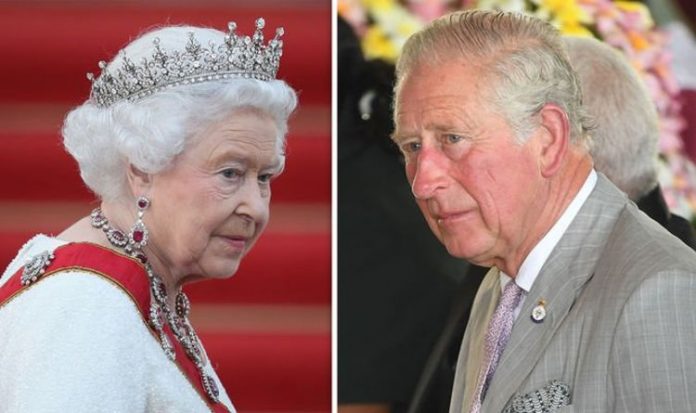 Queen Elizabeth II, 94, is the longest-serving monarch in British history and is likely to reign for the rest of her life despite rumours of abdication. When the Queen dies, her son Prince Charles, 71, will automatically become king but there are some important processes the royal must observe before his new title is announced to the world.

Prince Charles is the oldest heir apparent in British history and has spent his entire adult life preparing to become king.

When Charles’s time to wear the crown arrives he must abide by the centuries-old laws around accession.

These processes are explained by University College London’s Constitution Unit which outlines the process by which Charles will be proclaimed king.

In answer to the question ‘Will Charles only become King once he has been proclaimed by the Accession Council; or crowned at his coronation?’, the constitution unit states: “No: Charles will become King the moment the Queen dies.”

“The Accession Council merely acknowledges and proclaims that he is the new King, following the death of the Queen.

“It is not necessary for the monarch to be crowned in order to become King: Edward VIII reigned as King without ever being crowned.”

When the Queen dies the Accession Council will meet as soon as possible at St James’s Palace to proclaim Charles as the new king.

All members of the Privy Council are summoned and The Lord Mayor and Aldermen of the City of London and High Commissioners of Realm Commonwealth countries are invited to attend.

“Peers in the House of Lords have to take a new oath.

“MPs in the Commons are not required to do so (because their oath is to ‘bear true allegiance to Her Majesty Queen Elizabeth, her heirs and successors’), but they may if they choose.

“Parliament will then mourn the death of the Queen in debates led by the Prime Minister.”

The public proclamation of Prince Charles as the new king will first be read out at St James’s Palace, London.

The proclamation is also read out publicly in Edinburgh, Cardiff and Belfast.

But despite Charles’s automatically becoming king upon the Queen’s death, his coronation is unlikely to take place until months later.

The Royal Family website states: “The coronation of the new Sovereign follows some months after his or her accession, following a period of mourning and as a result of the enormous amount of preparation required to organise the ceremony.

“Present are representatives of the Houses of Parliament, Church and State.

“Prime ministers and leading citizens from the Commonwealth and representatives of other countries also attend.”

While the coronation is an Anglican service there is a chance it could be updated to be more open to other faiths when Prince Charles is crowned.