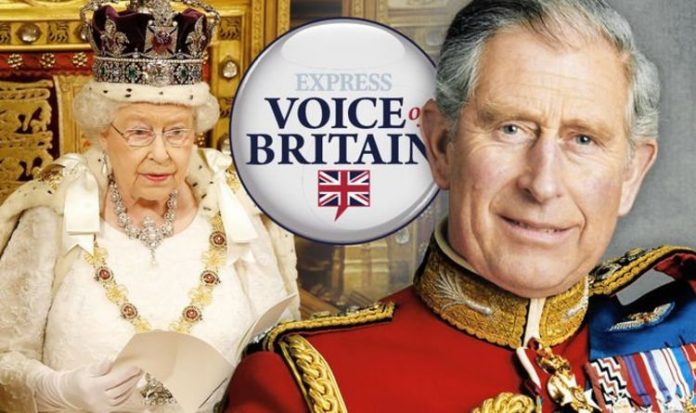 Readers voted in our poll on whether they would support Britain becoming a republic after the Queen’s reign. A decisive 69 percent of respondents said no, compared to 29 percent who backed the idea, while one percent did not know.

Commenting on the poll, one reader said: “The Royal Family is not perfect but both Charles and William have a very strong sense of duty and will work for the good of the country, not for themselves.

“Could we trust Joe Bloggs off the street to do that?

“We’ve voted in many dire PMs, yet those who want a Republic want to trust us to vote in a Head of State? No thanks.”

Another wrote: “I believe that a monarchy (if largely ceremonial like in the UK) provides a factor of stability that is lacking in a presidential system.

“The world is changing rapidly enough as it as – it is good to have an institutional source of stability.”

A third simply replied: “A President – no thanks.”

Another insisted: “No …… look at the rest of the world … much better off with our lovely royals !!”

A fifth warned: “We must NEVER have a grubby politician as head of state!”

READ MORE: Queen doesn’t expect everyone to ‘drop everything’ when she enters

Our poll comes after historian and member of the Australian Republic Movement Professor Jennifer Hocking said the end of the Queen’s reign could help kindle a conversation on republicanism in Australia.

She told Express.co.uk: “I don’t think it’s a question of Prince Charles being more less or more liked than the Queen.

The Prince of Wales, 72, is first in line to the throne, with his eldest son the Duke of Cambridge, 38, second.

Plans are already underway to celebrate her Platinum Jubilee in 2022.