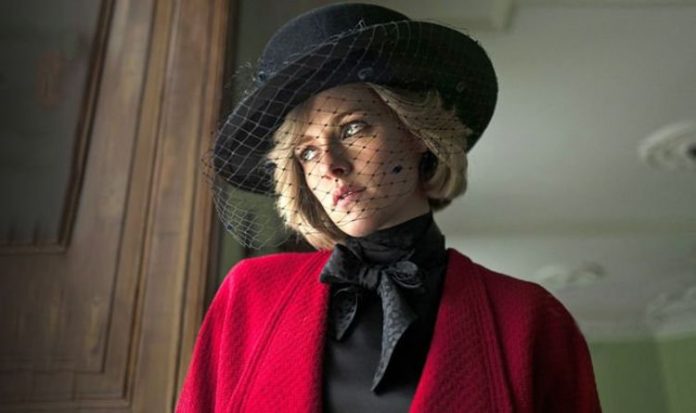 But Kristen Stewart has undergone an astonishing transformation for her latest role as Diana, Princess of Wales. In the first publicity shot for the biopic Spencer, the American actress, 30, seems to have captured the essence of the princess.

Her blonde hair cut short, she wears an elegant red overcoat, black hat and veil which is modelled on one of Diana’s outfits.

The film comes just months after Emma Corrin’s portrayal of Diana in the Netflix series The Crown.

Spencer tells the story of how the princess made the decision to split with Prince Charles during a Christmas at Sandringham in 1991.

Kristen said: “Spencer is a dive inside an emotional imagining of who Diana was at a pivotal turning point in her life.

“It is a harrowing effort for her to return to herself, as Diana strives to hold on to what the name Spencer means to her.”

Prince Charles’ role has not been cast yet, but other cast members include Timothy Spall, Sally Hawkins and Sean Harris.

Steven Knight, creator of Peaky Blinders, has written the script. Spencer is due for release this autumn.