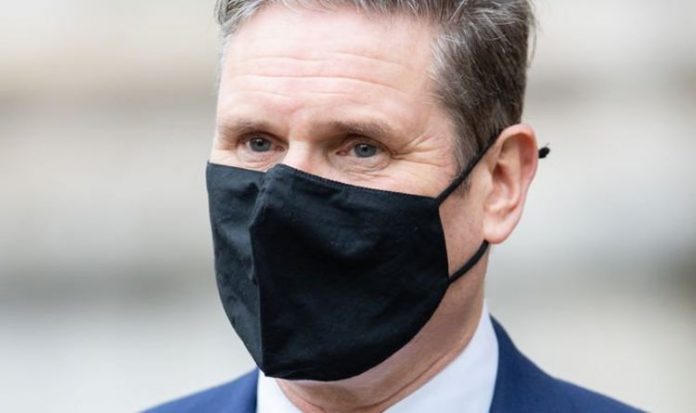 Keir Starmer: Labour must ‘get serious about winning’

The party’s leader Sir Keir Starmer is currently attempting to garner support among his cabinet to back Prime Minister Boris Johnson’s Brexit deal. A key architect of a failed second vote on the 2016 referendum, many have noted, including those in his party, it is ironic for Sir Keir to now back Brexit having once been staunchly opposed to it – a standpoint that tore through traditional Labour heartlands in the North of England and Midlands. Now, many like Paul Embery, a trade unionist and “Blue Labour” member, say Sir Keir is attempting to rectify his previous miscalculation, and win back the trust of the lost “Red Wall” voters – working class, Leave communities – through forcing his cabinet to show their support for the vote once and for all.

Yet, as Mr Embery told Express.co.uk, it could be too late.

Labour, in his view, has spent the preceding years “mocking” working class communities up and down the country through its “sneering” at patriotism, moving away from traditional values, and adoption of so-called “woke” culture.

He explained: “This is all started in my view around 30 years ago; and I think the disconnect has intensified over the last 15 years as a result, particularly the result of globalisation and under the Blair government we really started to see the effects of globalisation in the kind of old industrial working class communities.

Keir Starmer: The Labour Party has been accused of ‘mocking’ its working class voter base (Image: GETTY)

Labour Party: Keir Starmer is attempting to push his party to back the PM’s Brexit deal (Image: GETTY)

“We started to see the introduction of rapid demographic change, and people in these communities looked to the Labour party to defend them and actually they saw a Labour Party that increasingly sneered at them and dismissed them as bigots and xenophobes and that type of thing.

“At the same time as all of this was going on the Labour Party was changing.

“So, the Labour Party now is a much more middle class, much more metropolitan, London-centric party, made up largely of graduates and social activists and urban liberals.

Many examples of this “sneering” have stained the Labour Party.

Emily Thornberry, the current Shadow Secretary for International Trade, famously resigned from Labour’s frontbench in 2014 after posting a “snobby” tweet.

It came after she visited Rochester during a by-election, and posted a photo of a new-build home with a white van parked outside it and a St George’s flag flying from the window, with the caption: “Image from #Rochester”.

The man who owned the home, Dan Ware, later spoke to , and said: “We put the flags up for the World Cup in 2014 and will continue to fly them.”

Mr Ware, a car dealer, said he would never vote for Labour in the future, adding it did not “matter” who was in Government.

He added: “I think they need to get out of their mansions and visit the working class. Her and Ed (Miliband) should come and say sorry to me.”

Another instance of not evaluating the working class atmosphere came when Gordon Brown, then Prime Minister, visited Rochdale and branded a Labour supporter who challenged him over immigration and the economy a “bigoted woman” – he had not realised he was still wearing his microphone provided by Sky News when he left the scene.

Mr Embery says that although these were isolated incidents, they represented a much bigger trend that has taken hold of the Labour Party.

This has especially been true of the party’s grasp of patriotism.

General election: It is nearly a year since Labour suffered its worst election defeat since 1935 (Image: Express Newspapers)

“It did once upon a time – Labour has historically been a patriotic party, some of its former heavy weights like Clement Attlee and Ernest Bevin, and even more recently people like Michael Foot.

“These were old fashioned patriots, but as the party itself has changed over recent years and become much more middle class and wedded to the cosmopolitan, liberal, internationalist ideology, so at the same time it’s started to sneer at patriotism.

“So place and belonging is important to working class people because in some cases they don’t have much more than those things, and because the Labour Party has moved past it’s working class routes, it doesn’t understand those sentiments.”

Sir Keir has made moves to soften this “misunderstanding”.

He said shortly after winning the leadership bid he wanted Labour to be “proud of being patriotic”.

And in September, he used his first party conference speech as leader to tell voters: “I ask you: take another look at Labour. We’re under new leadership. We love this country as you do.”

He has also harnessed interviews to express his love of the country – picking ‘Three Lions’ by Baddiel, Skinner and The Lightning Seeds as one of his BBC Desert Island Discs.

And while Mr Embery said it was hard to gauge whether rhetoric like this was genuine, nonetheless, he said the Labour leader was doing “the right thing”.