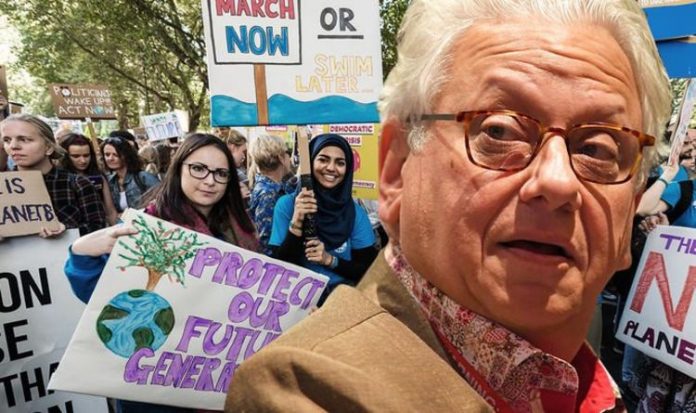 The Labour Party has upped its rhetoric against the Government’s handling of the coronavirus pandemic. It came as leader Sir Keir Starmer called for a short lockdown or “circuit-breaker” in England of two to three weeks to bring soaring cases down. He said the current measures were not working and so other, more stringent measures, were needed in order to prevent a “sleepwalk into… a bleak winter”.

It is the first time in months that Sir Keir has publicly criticised Prime Minister Boris Johnson’s approach to the pandemic.

The leader was criticised earlier this year for being “quiet” in opposition by factions in his party, particularly from left-wing grassroots groups, including Momentum.

The group has had its influence diminished following the departure of Labour’s former leader, Jeremy Corbyn.

The socialist politician was the initial inspiration for the group’s forming.

Momentum: The group’s Camden branch called for the resignation of its founder (Image: GETTY)

Owen Jones: The socialist activist is known for his work with the group (Image: GETTY)

Sometimes compared to the Militant tendency, Momentum gained huge attention, support and traction in the lead up to the 2017 general election.

Members of Momentum have long been accused of dealing with allegations of antisemitism within the group and the Labour Party as conspiracy theories or smears against Mr Corbyn.

The main group was forced to issue a statement in 2018 telling members that the truth was to the contrary.

This didn’t stop localised sub-groups of Momentum from campaigning against claims that antisemitism existed within Labour, however.

JUST IN: Sunak erupts at Labour’s ‘cheap shots from sidelines’ with COVID plan

Jon Lansman: The political activist founded the group with a handful of others (Image: GETTY)

Camden’s Momentum, in 2019, called for the group’s founder, Jon Lansman, to leave the group after he “sided” with the “unfounded remarks about antisemitism”.

In a blog post from the time, the group wrote: “At this time when Labour MPs who don’t agree with the Labour manifesto are leaving the party, Jon Lansman has made contentious and inappropriate remarks about antisemitism, effectively siding with those who have made unfounded allegations against the party, its members and its leadership,” followed by several examples of Mr Lansman condemning antisemitism in the party.

The post goes on to say that: “Momentum was created out of the movement for Jeremy Corbyn to be elected as leader, to elect a Labour government, and to act as a bridge between the Party and the movement.

“Jon Lansman’s remarks have undermined both Momentum and the Labour Party.

Jeremy Corbyn: The former leader was the inspiration for many of the grassroots groups that emerged (Image: GETTY)

Keir Starmer: He has been criticised for his holding the Government to account over the pandemic (Image: GETTY)

“Camden Momentum therefore calls on the NCG (National Co-ordinating Group) to remove Jon Lansman from the chair of Momentum.”

The motion was passed a day later.

Mr Lansman had previously said that the party had a “major problem” with antisemitism, with the “poison” spreading on social media.

He also warned in 2018 that it was only a matter of time before Chris Williamson, the Derby North MP, did something that “results in a complaint being made which will then have to be investigated” – Mr Williamson was later suspended in February 2019 after he said Labour had “given too much ground” in the face of criticism over antisemitism.

General election: The main reasons why voters left the party in the 2019 election (Image: Express Newspapers)

This year, in May, Mr Lansman stepped down from his role as chair of Momentum.

He said it was time for a new generation of leaders to campaign for socialist policies.

Calling for better governance within the party, Mr Lansman demanded “justice for sabotage” and for the alleged misuse of funds.

He also called for an end to the “racist, sexist, ableist and frankly McCarthyite attitudes” that he claimed the leaked report into the party documented.

Momentum, along with other left-wing grassroots groups, has appeared to diminish in influence in recent months following Sir Keir’s election as party leader.