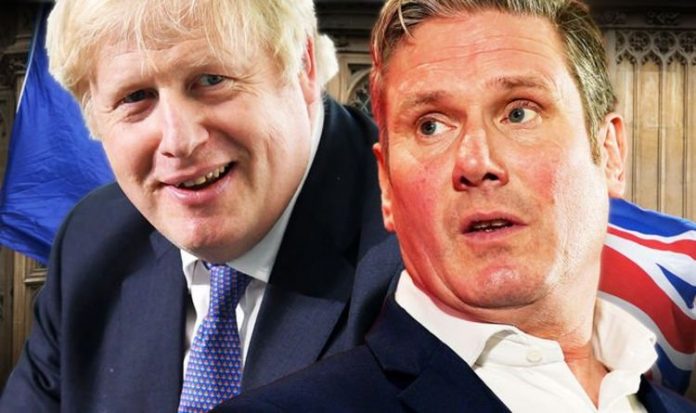 Labour’s four-day annual conference, the first under Sir Keir Starmer’s leadership, ended this week. Renamed Labour Connected, it took place online and did not feature votes, but the party’s major figures still gave speeches and took part in discussions. Sir Keir called on Labour to rediscover its patriotism and pride in Britain to woo Red Wall voters who backed Mr Johnson at the last election.

The Labour leader used his first conference speech to make a clear distinction between his leadership and that of Jeremy Corbyn by affirming the party’s support for British “values” and what the country has achieved.

Speaking from Doncaster, Sir Keir said: “Let’s be brutally honest with ourselves. When you lose an election in a democracy, you deserve to.

“You don’t look at the electorate and ask them: ‘What were you thinking?’ You look at yourself and ask: ‘What were we doing?’

“The Labour Party has lost four general elections in a row. We’ve granted the Tories a decade of power. The Tories have had as many election winners in five years as we’ve had in 75. It’s a betrayal of what we believe in to let this go on. It’s time to get serious about winning.”

The prominent eurosceptic noted: “They still have a journey here to go.

“The real test for Labour will come later this year, in a month or two.

“If Boris comes back with a deal that is less than substantial, will Labour support it?

“And if it is a choice between a terrible deal and no deal, will they be prepared to support no deal?

“That will be when Labour’s true colours on Brexit are revealed and whether or not we have, as a party, really learnt the lesson from last year’s election.”