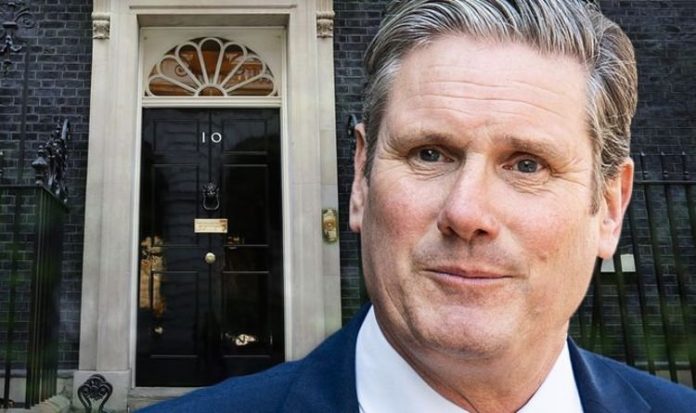 According to a new poll, Sir Keir Starmer is beating Prime Minister Boris Johnson as a “capable leader” to run Britain. The Labour leader is ahead of Mr Johnson on a range of leadership attributes including “sound judgment” and being a good representative for Britain on the world stage, the Ipsos MORI research found. Mr Johnson has huge leads on two of his strongest areas – for showing patriotism and having a lot of personality.

However, the findings are a boost for Sir Keir, who made his first keynote address to the annual Labour conference this week.

Moreover, the gap between the two big parties has narrowed from eight points to just three over the past month.

The Conservatives are down five points to 40 percent since August, which is their lowest share since October 2019.

In an exclusive interview with Express.co.uk, though, Ashford councillor and general secretary of the Labour Leave campaign Brendan Chilton claimed Sir Keir has several key challenges he needs to overcome if he wants to become Prime Minister.

He said: “First of all, the obvious one that everyone has discussed, is rebuilding the Red Wall.

“We are not going to win back power unless we win back those seats that we have held since time began.

“Those seats are not just an arithmetic thing. Bolton, Ashfield, Doncaster are not just seats that should be with the Labour Party.

“They are the soul of the Labour Party. Our movement was forged and emerged there.

“At the last election, Labour had an array of interesting popular policies but everyone was saying ‘how are we going to afford it?’

“Every other day we had a different policy coming out saying ‘free this and free that’.

“That is going to be more difficult under the current circumstances, but he ought to do it.”