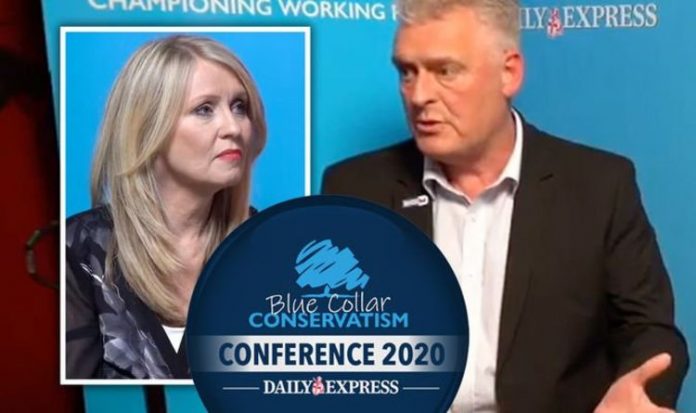 Lee Anderson MP claimed the Labour Party cared more about “problems in Palestine than in Ashfield” during his time working for a Labour MP before he quit the party. He said that influenced his decision to move to the Conservatives. Speaking at the conference in the East Midlands, Mr Anderson said: “I first joined the Labour Party in 1983 just before the miner strike and I went through all that with my family which was very interesting to say the least.

“But fast-forward 30 years and I found myself working in a Labour MPs office.

“I thought that was the route to fixing things in society but it became very, very clear working in that Labour MPs office that they were more interested in talking about problems in Palestine than they were with problems in Ashfield which is poverty.

“And I thought this is not right.

“The Labour Party had been taken over by these left-wing intellectuals who have got nothing in common with the working classes in places like Ashfield and Mansfield.

“At the time, I was elected on to the council with Ben Bradley and thought he’s not that much different than me.

“So it’s his fault I am now the MP for Ashfield.”

The Blue Collar Conservatism Conference 2020, launched this week, is an event designed to listen to the views of grassroots voters in new Conservative seats across the UK.

Founded by Esther McVey in association with the Daily Express, the conference comes after a political revolution spearheaded by Boris Johnson which saw the Conservative Party win an unprecedented number of seats from former Labour heartlands in the 2019 general election.

All week Express journalists will travel up and down the country with Ms McVey’s team to hear what Britons think of the key issues impacting their lives.