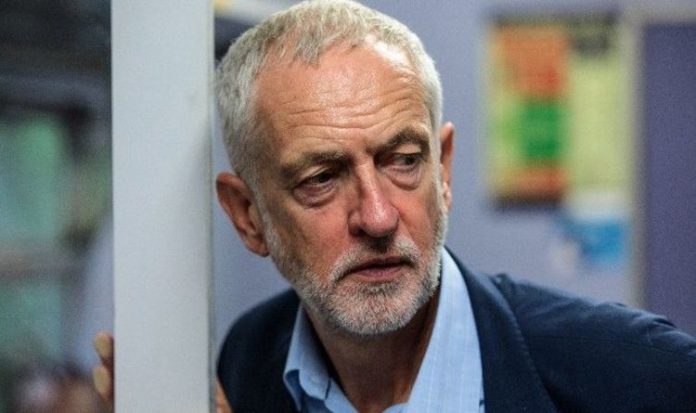 He told BBC’s Nick Robinson on his Political Thinking podcast that the ongoing anti-Semitism row within the Labour Party, saying the situation was “ghastly” and a “matter of great sadness”.

But later on Saturday, speaking in Leicestershire on Saturday, Mr Corbyn said of Mr Blair’s comments: “I’ve been in the Labour Party all my life. I am a socialist. I am determined to see a fairer and more equal society.

“It’s not personal, it’s about us as a movement. That’s why we were founded. That’s why the party is so big. And that’s why I’m so confident that we are continually challenging this Government and we will win a general election.

“I think Tony needs to recognise that party membership is now much bigger than it has ever been – it’s the biggest it has been in my lifetime, well over half a million members.

“And in the General Election last year we set out what our aspirations are for this country.’

“Sadly, we didn’t win it but we got the highest vote for Labour since 2001.

“So, I just think we need to recognise that people are not prepared any longer to live in a society that is so unequal.”

But when quizzed on whether he should listen to Mr Blair’s advice to step down, Mr Corbyn hit back saying: “I’ve fought one election as leader of the party and we had the biggest swing to Labour during that campaign since 1945.

Speaking to Robinson earlier in the day, Mr Blair said: “I’ve been a member of the Labour Party for over 40 years.

“You do feel a strong loyalty and attachment, but at the same time it’s a different party.

“There’s lots of people associated with me who feel that the Labour Party’s lost, that the game’s over. I’m kind of hoping they’re not right.”

“I can’t imagine that we have had three to four months debating over something where we have profoundly insulted the Jewish community in our country.

“I don’t think the British people will tolerate a situation where, for example, the choice at the next election is Boris Johnson versus Jeremy Corbyn. I don’t know what will happen and I don’t know how it will happen. But I just don’t believe people will find that, in the country as a whole, an acceptable choice. Something will fill that vacuum.”

The anti-Semitism scandal has rocked the labour Party since Mr Corbyn became leader in 2015.

Following various incidents, and his refusal to accept the International Holocaust Remembrance Alliance’s definition of anti-Semitism, the Labour leader published a video in which he said he was committed to tackling racism.

However, Jewish leaders criticised the video and said his comments were “not enough”.