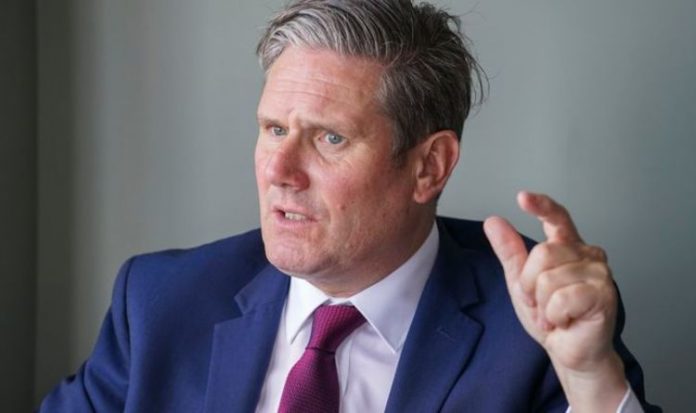 Labour leader Sir Keir Starmer dubbed Boris Johnson’s Tory Government incompetent following their decision to overturn the A-level exam result grading system. Sir Keir noted he agreed with the decision but insisted it came too late and caused many young people stress across the country. Despite his best efforts, the Labour leader faced a backlash from viewers who criticised the party’s apparent hypocrisy – with Welsh Labour making the same decision earlier in the day.

Sir Keir said: “Well, Labour’s been calling on the Government to revert to teacher-assessed grades for days.

“So it’s right that the Government has finally made this U-turn.

“But you can’t mask the frustration and anger and distress that this has caused thousands of young people and their families.

“So yet again what we’re seeing is a Government that is slow and incompetent.”

DON’T MISS: Gavin Williamson ‘WILL be sacked’ for the second time in two years

Viewers quickly took to Twitter to voice their frustration at Sir Keir’s comments, however.

Many pointed to the fact the Welsh Government, who made the same U-turn, is currently run by the Labour Party.

One frustrated Twitter user wrote: “No mention of the fumble the Welsh Labour Party made of the same situation, neither the SNP?

Others took issue with the Labour Party insisting they played a role in the U-turn.

One Twitter user wrote: “Don’t let this establishment shill take the credit for this Government U-turn.

“This was won by our students opposing the Government in a way Starmer appears to find impossible.”

Another agreed and added: “Thanks for nothing Keir, Bravo to all those young people who stood up and changed this.”