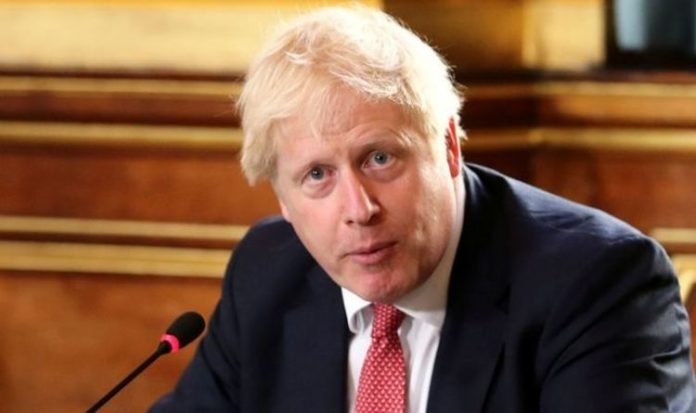 With both sides failing to agree a Brexit deal, Labour peers have warned the party must not back any agreement Mr Johnson brings to Parliament. Former leader of the Labour party, Lord Neil Kinnock, warned colleagues the Prime Minister must be made to “own” any deal. Lord Kinnock claimed any support for a deal could be “lethal” to the party after initialling endorsing negotiations.

It is unclear whether Sir Keir Starmer will whip MPs to endorse a deal, with some members of his Shadow Cabinet thought to be ready to revolt over any support for the Government.

Some are thought to be more inclined to abstain on the vote which may hinder a deal from passing through Parliament.

In Whatsapp messages between Labour peers, seen by The Guardian, Lord Kinnock insisted the party should allow the Prime Minister to suffer the consequences for a bad deal rather than a no deal Brexit.

According to the paper, Lord Kinnock said: “If Labour supports the ‘deal’ all our future justified criticisms will be rebuffed by ‘you voted for this!’ and, because it will be true, it will be lethal.

“We must abstain and explain that this is the rational course when faced with a damaging ‘yes’ and a disastrous ‘no’.

“Boris Johnson will get his ‘deal’ through the Commons and he must own the outcome.”

Both Deputy Leader Angela Rayner and Shadow Foreign Secretary Lisa Nandy are thought to be in favour of supporting a Brexit deal.

There is also concern within the party backbench MPs may defy the whip if Sir Keir forced members to vote in favour of a deal.

JUST IN: Is Macron throwing talks? French leader would BENEFIT from no-deal

The Prime Minister will hold a call with EU Commission President Ursula von der Leyen today to discuss the state of play over talks.

Talks were suspended on Friday after the two sides failed to break the deadlock during negotiations.

Lord David Frost and Michel Barnier suspended negotiations on Friday with the areas of divergence remaining between the two sides.

In terms of fisheries, EU officials offered the UK a ten year period whereby European fleets would be given access to Britain’s waters.

This was rejected before Mr Barnier once again returned to his offer of a return of a 15-18 percent quotas share of fish caught in Britain’s waters.