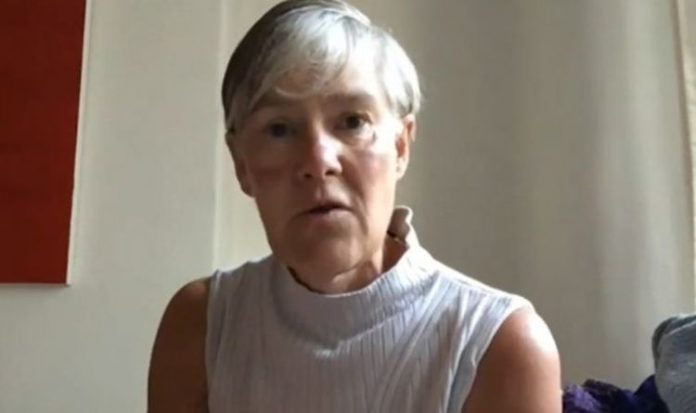 The UK Government is continuing to face outrage across the country after nearly 40 percent of A-level grades were awarded lower than predictions.  Attention has now turned to what can be done about GCSE results which are out later this week. Labour’s shadow education secretary Kate Green was pressured on the BBC Radio 4’s Today to admit whether the GCSE results should be delayed in light of what happened with A-levels.

The Opposition MP was interrupted by host Sarah Montague who demanded to know whether Labour agreed with delaying the results even though that means people will be waiting longer.

Ms Green shot back: “We want to see a proper review, and that needs to be done immediately.

“We can’t be hanging around for days and days wondering what’s going to happen next.

“The Government need to make progress on this and tell us what they’re doing.”

READ MORE: No10 warned refusal to back down like Scotland could spark lawsuits

She continued: “They need to tell us when they’re going to give absolute assurance that this algorithm is reliable or that they’ve found an alternative way of grading students.

“This cannot be allowed to drag on, these young people are desperate to know about their futures.

“Sixth form colleges, apprenticeship training providers and so on need to know their numbers too.”

The shadow minister claimed the best thing to do would be to allow A-level students to rely on teacher-assesed grades.

In Scotland, the SNP was forced into an embarrassing U-turn after more than 124,000 exam results were controversially downgraded in a similar process.

However, the UK Government is refusing to consider anything similar.

Education Secretary Gavin Williamson apologised for “the disruption that every child had to suffer” during the pandemic.

Ahead of results day, the cabinet minister introduced a “triple lock” at the last minute.

This allows students to choose whichever result is highest from estimated grades, mocks or exams in the autumn.