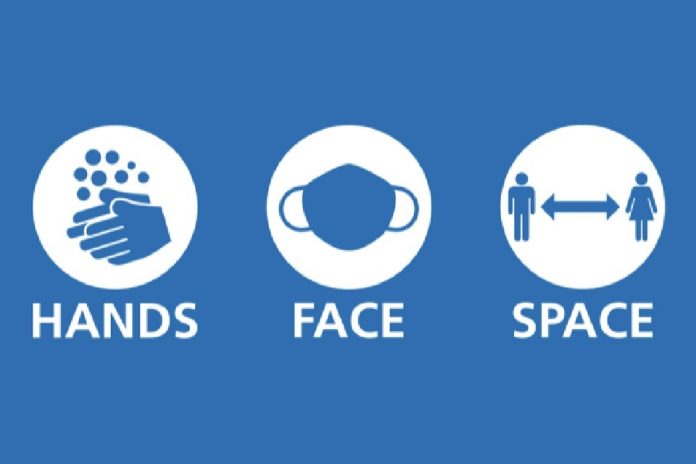 The fifth report of the country’s largest study on rates of COVID-19 infections in the general population in England has been published today, after 175,000 volunteers were tested.

The latest findings, covering the period between 18 September and 5 October, show:

The report warns as infections continue to increase, it is likely the current levels of infection identified in the North of England will replicate across the rest of the country in a few weeks’ time.

Professor Paul Elliott, Director of the REACT programme at Imperial from the School of Public Health, said:

Our robust findings paint a concerning picture of the growing epidemic across England. While certain areas are worse affected, if left unabated then infection trends will follow nationwide and could lead to high levels of unnecessary death and illness from the disease.

The report confirms the virus was doubling every 29 days and 60 people per 10,000 were infected. It follows an interim report of 80,000 volunteers for the period 18 and 26 September.

These findings reinforce the need for continued vigilance from the public. As we approach winter and spend more time indoors, everyone must follow local restrictions where they apply, the rule of 6, get tested if they have symptoms and think hands, face, space.

The government works alongside scientific and public health experts and local leaders to constantly review the epidemiological evidence and we are prepared to take swift and decisive action to cut the transmission of the virus and protect communities, including where data suggests a rise in cases linked to specific settings.

The latest findings from Imperial are published today at the same time as the government’s official weekly R rate. The R rate published by Imperial has been estimated based on a cohort of 175,000 volunteers within a specific timeframe. The weekly official government R rate is produced by SAGE and uses many data sources and models to produce a consensus view in the scientific community of the likely R number over a longer timeframe.

This is one of several studies that feed into government decision-making and policies on tackling the spread of COVID-19 in England.

We have seen a huge response with 175,000 people taking part in this round which is hugely appreciated. The results from this study are so important during the pandemic and so I’d like to thank all of those who have taken part and encourage those who receive letters from us for the next round to take part so we can again have a set of strong results to help support government decision-making

The Real-time Assessment of Community Transmission (REACT-1) programme is the largest, most significant piece of research looking at how the virus is spreading across the country.

The study was commissioned by DHSC and carried out by a world-class team of scientists, clinicians and researchers at Imperial College London, Imperial College Healthcare NHS Trust and Ipsos MORI. It is one of many pieces of research that feeds into government decision making on keeping the country safe from COVID-19.

Latest findings from 18 September to 5 October:

There are no significant changes since the last report.

The full report can be found on GOV.UK.

See an infographic of the results.

The report was commissioned by DHSC and carried out by a world-class team of scientists, clinicians and researchers at Imperial College London, Imperial College Healthcare NHS Trust and Ipsos MORI.

This study falls under pillar 4 of the COVID-19 National Testing Programme, which focuses on mass surveillance in the general population. This is the second study which looks at a representative cross-section of the whole population.