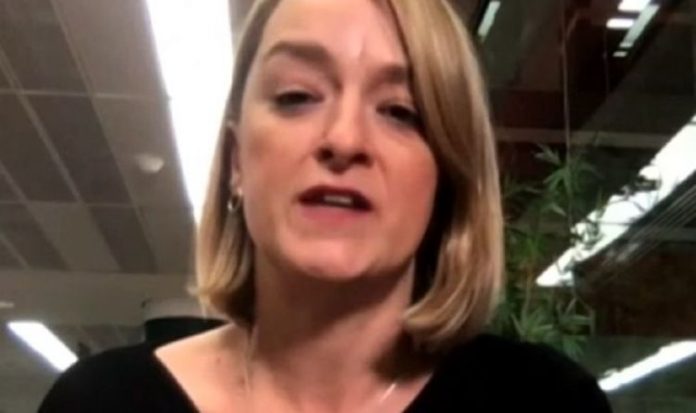 Boris Johnson announced on Saturday evening that England would be going into a second nationwide lockdown. This is in hopes of curbing the steep rise in coronavirus cases that have been seen during October. BBC’s political editor Laura Kuenssberg argued the UK Government should have implemented this move sooner as SAGE and other advisers have said the faster restrictions are brought in, the higher the chance of success in controlling this virus.

During the briefing, she said: “You were told by your own scientists many weeks ago that you would have to take national action in order to save lives.

“Prime Minister what took you so long?

“And Professor Whitty and Sir Patrick Vallance, you have always been clear that taking early action would have the greatest chance of success in controlling the spread of this disease.

“Do you think people may have lost their lives unnecessarily because of the delay?”

The Prime Minister reiterated the many difficulties the Government has had to endure in its fight against the coronavirus pandemic.

Mr Johnson said: “Laura let me just answer your question by saying this is a constant struggle and balance that any Government has to make.

“This is between lives and livelihoods and obviously lives must come first.

“We have to be mindful, the whole time, of the scarring and long-term economic impact of the measures we are obliged to introduce.”