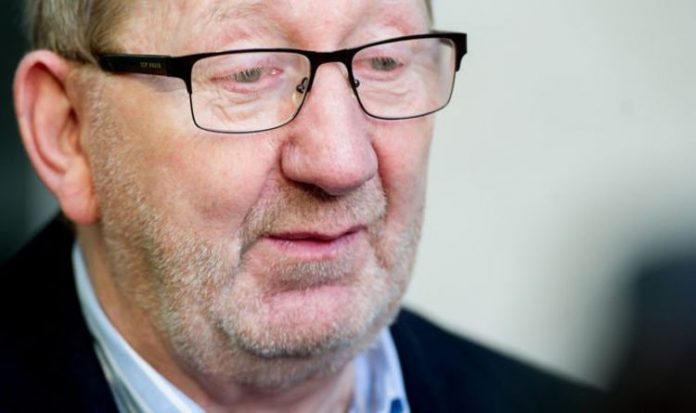 Sir Keir Starmer, the Labour Party’s leader, has come under fierce criticism in recent weeks for “not being political enough”. Just over a year has passed since Sir Keir was put forward for the role by former leader Jeremy Corbyn’s local party branch. In this time, he has sought to upend the party from the radical image it assumed under Mr Corbyn and his allies, known as “Corbynites”.

Many of these members have been relegated to the backbenchers under Sir Keir, figures like John McDonald and Dianna Abbott.

Others, such as Rebecca Long-Bailey and even Mr Corbyn himself were even sacked or momentarily suspended from the party.

Len McCluskey, the general secretary of Unite the Union, enjoyed renewed popularity under Mr Corbyn, but has since lost his hand in the party.

Despite claiming to fight for workers around the country, Mr McCluskey has become mired in controversy, the most recent being his admission to Unite having spent nearly £100million on a controversial luxury hotel project.

Before this, in 2016, Registry documents revealed Mr McCluskey as having “loaned” £400,000 of union members’ money to buy his central London flat.

And while this has put Mr McCluskey in an awkward position with some union members, Paul Embery, a leading trade unionist and Labour member, told Express.co.uk that the Unite leader and other union top brass have the more pressing issue of falling membership numbers to deal with.

He said that under the likes of Mr McCluskey and others, as well drastically changing politics, trade unionism has become too “London liberal” centric.

Jeremy Corbyn: The former leader was suspended after the report into antisemitism in the party (Image: GETTY)

Mr Embery said: “I’m a proud trade unionist, I’ve been a member of the movement for a very long time, I’ve served on the national executive of a trade union, and I believe tag Britain needs a strong trade union movement.

“But I think the problem now is that the trade union movement doesn’t speak for millions of workers.

“There’s half the number of workers now who were members of trade unions compared to 1980 – something like 13 million in 1980 compared to six and a half today.

“That’s partly through deindustrialisation and the fact that we don’t have the sort of industries around as we used to, but I think that’s partly self-inflicted as well.

“I think the trade union movement has retreated to its public sector comfort zone, and has become the voice of the London liberal class.

“Millions of workers across provincial Britain, particularly in the private industry, go unrepresented and trade unionism is irrelevant to their lives.

“As a trade unionist that’s an absolute tragedy.

“As far as the trade unions are concerned they should perhaps focus less on having a civil war with Starmer – stand up to him when he’s wrong by all means – but focus less on that and more on recruiting members from larger parts of Britain.”

Keir Starmer: The Labour leader has flip-flopped on his Brexit policy over the years (Image: Express Newspapers)

Mr Embery was referring to the brief conflict that opened between Mr McCluskey and Sir Keir in late 2020.

It came shortly after the Labour Party’s decision to suspend Mr Corbyn following the publication of a report into antisemitism in the party under his leadership.

In response to the move, Mr McCluskey retracted 10 percent of Unite’s funding to the Labour Party, amounting to around £150,000.

Many noted that Unite is Labour’s single biggest donor, and so a falling out between Sir Keir and Mr McCluskey could translate to bleak economic circumstances for the party.

Unite the Union: An expert said it was ‘odd’ for McCluskey to focus on the antisemitism issue (Image: GETTY)

Mr McCluskey, in a nod to the withdrawal of funds, said: “It would be a mistake if anybody took Unite for granted.”

Since the incident, the trade union leader has been largely quiet, with Sir Keir’s campaign of silencing Corbynites members and those associated with the party appearing to have worked.

At the time, Steven Fielding, Professor of Political History at the University of Nottingham, told Express.co.uk that it was “very odd” of Mr McCluskey to focus on Sir Keir’s action regarding the antisemitism report.

He said: “McCluskey’s specific beef with Labour and the reason why Unite has reduced its Party funding by ten percent is because of the antisemitism issue.

“Most members will think this is an odd thing to focus on, yet it’s a very hard-Left, a hard Corbynite position that McCluskey has.

“It kind of shows the ghetto that the hard Left may be operating at the moment.”