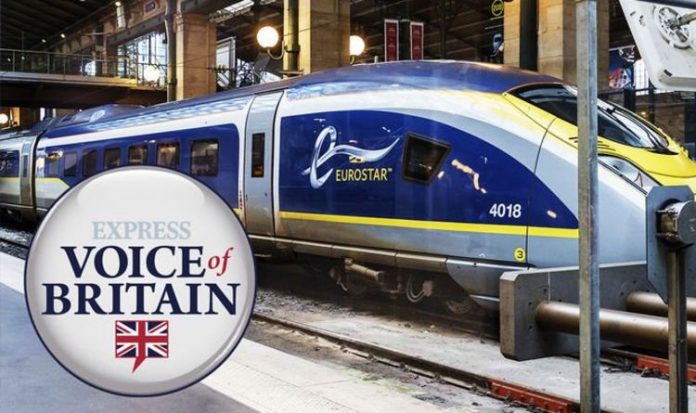 The company is losing millions of pounds a week and fighting for its life after seeing passenger numbers drop by 95 percent due to the coronavirus pandemic. France is in talks with the British Government about a possible bail-out but one prominent Brexiteer said Boris Johnson should go further.

Robert Oulds, director of the eurosceptic Bruges Group thinktank told Express.co.uk: “It needs to be saved. But we must take back control from the French.

“We can call it Brit-star – or Brit Tunnel.”

But an exclusive online poll suggested less than a third would back a British takeover.

It showed 7 percent (599 people) wanted to see the service renamed the Brexit Express while 1 percent (138 people) said they didn’t know.

Commenting on the poll, one reader said: “I thought the level playing field part of the treaty forbids the involvement of Governments in enterprises like this.

“Surely the French must go to the shareholders of the 49 percent and beg them for the money.

“It is not the concern of the UK Government.”

Another said: “Either the French keep it running or they shut it down.”

And another said: “I wouldn’t trust the French to let it enter France if it was British but it would be a laugh to name it the Agincourt Express and have the British flag painted on the side of every carriage!”

And another warned: “Don’t touch it with a 10-foot barge-pole.

“We’ve seen how the French are behaving with regard to imports and they’d be exactly the same within one minute of the UK acquiring Eurostar – paperwork, environmental standards, passenger lists etc. etc.

“We know their modus operandi.”