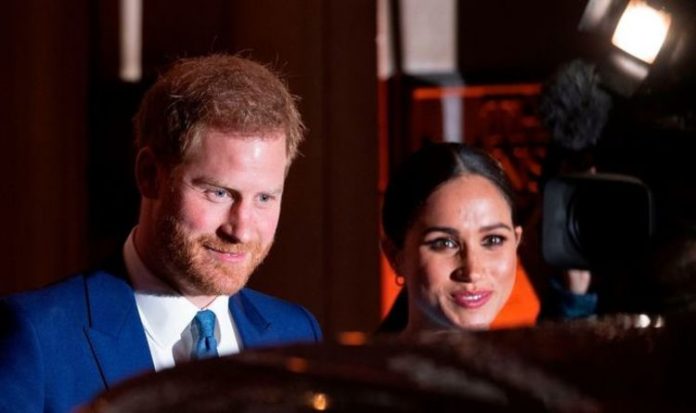 The Duke and Duchess of Cambridge have known the Obamas for many years. Meghan, 39, even enjoyed a secret meeting with Michelle during her book tour in London in 2018. The then-pregnant Meghan was smuggled into a box at the Royal Festival Hall where she watched the former First Lady as she was interviewed by author Chimamanda Ngozi Adichie.

And Harry, 36, has made no secret of his admiration for the Obamas.

He famously teamed up with the couple to promote his Invictus Games for injured and ill army veterans.

Royal expert Katie Nicholl has said the Sussexes are looking to the Obamas for inspiration on how to build a successful platform away from the royal system.

Since leaving their roles as US President and First Lady in 2017, the Obamas have struck mega-deals with Netflix and publisher Penguin Random House.

Both of them have penned best-selling books – something whch royal expert Katie Nicholl believes will inspire Harry and Meghan.

She described the Obamas’ post-White House route as “high end” and “aspirational”.

She told 9Honey: “The Obamas’ Higher Ground production company was always going to be the business model for the Sussexes and that’s exactly what we’re seeing.

“They are just emulating in each step of what they’re doing and that is because the Obamas’ model has worked.

On its first day of release, almost 890,000 copies were sold across the US and Canada.

Talk of a possible book from Meghan may come as no surprise to fans who have followed her since her Suits days.

The former actress ran a lifestyle blog known as The Tig before she met Harry.

Meghan used the site to offer tips on a wide range of topics, from hair and make-up tutorials to how to arrange a coffee table.

She wrote lengthy entries on New Year’s resolutions and goals and revealed her fear of being disliked.

She told of how she found the prospect of sharing her own words and views rather daunting compared to acting.

In one post she wrote: “I have made a career of saying other people’s words for a living and making them sound believable.”

She added: “But this Tig thing…that was all me. My thoughts, my words, my likes, my ethos. If you didn’t like it, then you probably didn’t like me. And I (including the people-pleasing little girl in me) had to be okay with that.”