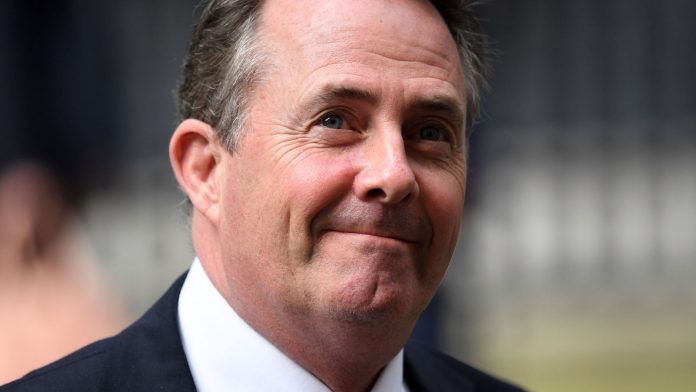 The International Trade Secretary who once accused UK businesses of being “lazy” wants to increase exports as a proportion of GDP from 30% to 35%. However, the department has not set a timescale for reaching this ambition.

Dr Fox told Sky News that there are 400,000 UK firms that could export but currently don’t, and that the UK needs to do more to exploit “the rise of the global middle class”.

The department is launching a range of initiatives including what Dr Fox describes as “an opportunity sweep” where his department will post export opportunities on to an online information hub. They promise to have found tens of thousands by the end of the year.

Dr Fox wants more firms to make use of £50bn of government finance assistance and export insurance. His department will also set up a mentoring system so newcomers to exporting can learn from established businesses.

In a speech to a business audience Dr Fox will say: “UK businesses are superbly placed to capitalise on the rapid changes in the global economic environment and I believe the UK has the potential to be a 21st century exporting superpower.

“As an international economic department, we are determined to support, connect and grow UK companies on the world stage through our international network.”

He added: “An assessment of financial incentives, including export vouchers, as mentioned in the strategy, is a step in the right direction, but we are fast running out of time.

“The clock is ticking. If the Government doesn’t act quickly and introduce financial incentives there is a risk the current uncertainty will have a serious and detrimental impact on the growth of small businesses.”

CBI Director-General Carolyn Fairbairn said: “This strategy is a timely signal that the Government is committed to improving the United Kingdom’s international competitiveness.

“The CBI strongly supports the ambition to make exports 35% of GDP, which will put the UK out in front of many of our international competitors.”

“Our businesses need a strong future export relationship with the EU. The Tory export strategy has thus far been based on controversial one-off arms sales.

“That is no substitute for a customs union with our most important trade partners, which is what the next Labour government will deliver.”