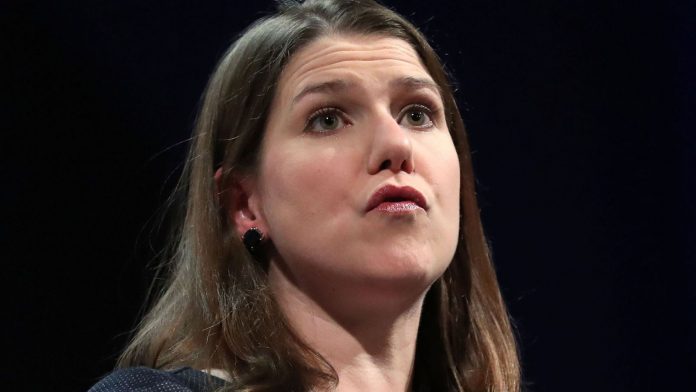 Sir Vince Cable has admitted it’s “uncertain” whether he’ll be Liberal Democrat leader by the end of next year, as his deputy hinted at a bid to replace him.

The opening of the Lib Dem conference in Brighton this weekend has been dominated by speculation over the future of the party.

As well as proposing a major overhaul of party rules to turn the Lib Dems into a centrist “movement”, Sir Vince has also announced his intention to stand down once his reforms are in place and Brexit is “resolved or stopped”.

The news has focused discussion on who could replace the 75-year-old, with current Lib Dem deputy leader Jo Swinson not ruling out a future leadership bid.

Speaking to Sky News’ Sophy Ridge on Sunday, Ms Swinson insisted there’s “no vacancy at the moment” as Sir Vince has “set out the things that he wants to do before he stands down”.

However, she added: “At the time that Vince does stand down then absolutely I’ll take a view at that point.”

Sir Vince has refused to put a definite date on his departure as leader, but later suggested he would be gone by the end of 2019.

Asked if he would be in charge of his party at the end of next year, Sir Vince told the BBC’s Andrew Marr Show: “That’s uncertain. I’ve a series of tasks to do, I’m going to do them.”

Sir Vince also revealed he would likely not lead the Lib Dems into the next scheduled general election in four years’ time, adding: “Well, 2022 is a long time off and I think it’s improbable, actually, that I will be leading us then but there is a big programme of work to do, it may take some time.

“I’m getting on with it but I’m also looking to help a professional transition to a next generation.”

However, Sir Vince has vowed to lead the Lib Dems if there is a general election sooner than 2022 prompted by political turmoil over Brexit.

He also dismissed claims by former Lib Dem leader Lord Campbell that he had “run out of road”, with Sir Vince declaring: “I’m not running out of road, there’s a lot of road ahead.”

Sir Vince’s planned shake-up of Lib Dem rules include widening the party’s membership with a new class of supporters who can join the party for free, while also changing rules to allow non-MPs to stand for leader.

Pushing back at suggestions his plans may appear to be a snub to the future leadership qualities of current Lib Dem MPs, such as Ms Swinson, Sir Vince said: “I have some excellent MPs, they know that, they’re a very good team.

“If I fell under a bus tomorrow, they’d be admirable replacements. But, I think it’s good practice to have the widest possible talent pool.

“We don’t know who might come forward. There may be people from other walks of life who have leadership qualities. Let’s at least look at it.”