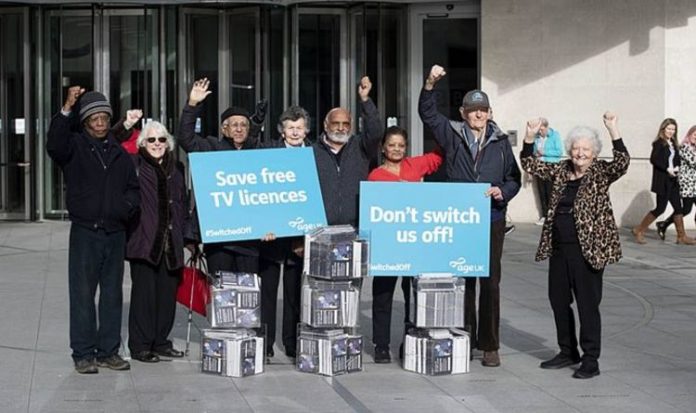 Instead of charging viewers £157.50 a year, the broadcaster should be required to raise money via subscriptions like other channels, according to Julian Knight, chairman of the influential culture select committee. The Corporation’s huge size has also damaged the media industry, he said, killing competition which could not take on the “behemoth” BBC website.

Last month more than three million households, apart from those on Pension Credit, were asked to pay the £157.50 licence fee for the first time.

The BBC said it would have cost £745million to continue to provide free licences to all over-75s in 2021-22, which would rise to £1billion a year as the population aged.

Mr Knight, who chairs the House of Commons digital, culture, media and sport select committee, told an online seminar on the corporation’s future that a reduced form of public funding would still be needed.

But he argued it should charge subscriptions for services such as iPlayer, so people who did not use them would not have to pay.

Former BBC journalist Mr Knight warned it would be politically dangerous to replace the licence fee with a Netflix-style pure subscription model.

That, he said, would mean channels such as BBC One and BBC Two placed behind a paywall, which would particularly hit elderly viewers.

He said: “We’re going to end up with lots of elderly constituents’ TVs being turned off as a result.

“I can guarantee that’s one way to ensure we are not forming a government next time.”

But he added: “People are finding different ways to consume their media. Morally, the licence fee is on the way out.”

The MP said: “Personally I believe it does too much, it squeezes out a lot of commercial competition. It has already done lasting damage to the online news architecture within our country in terms of the behemoth that is the BBC News website.”

But former Radio 4 controller Mark Damazer warned removing the BBC’s public funding would be an act of vandalism, saying: “I guarantee it will fail if you abandon a universal fee.”