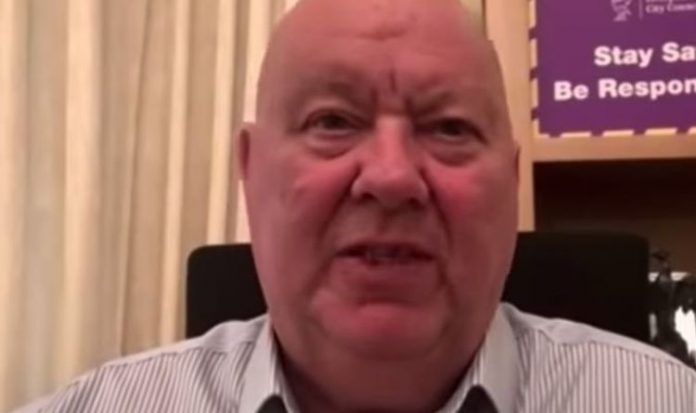 The mayor of Liverpool has said he expects the city to be put in a tier three coronavirus lockdown within days. Joe Anderson told BBC Radio 4’s Today programme on Saturday: “We had some conversations with Downing Street yesterday, we have got further conversations, discussions with them this afternoon. And I expect that Liverpool will be one of those announced. We will be in the local lockdown, new local lockdown, which is announced, which will probably be, well, will be tier three, and that that will be enacted in Parliament on Tuesday.

“We are continuing the discussions and conversations today.”

He added: “Now we are engaged in a conversation that’s telling us that these decisions have been made, so that’s… a conversation, not a consultation.

“But the main point of the imposition of the measures are clearly that: imposition. We have not be consulted.”

A new three-tiered system of coronavirus restrictions will be outlined by Boris Johnson on Monday as stringent measures are expected to cause pubs and restaurants to shut across the north of England.

Mr Johnson will reveal the full details of the much-anticipated approach in a statement to the House of Commons, following criticism of the Government for not keeping MPs properly informed of changes.

READ MORE: Vulnerable people may be asked to shield under second lockdown

The news comes after the Prime Minister’s chief strategic adviser Sir Edward Lister wrote to northern MPs following a meeting with leaders from the North on Friday to warn them it was “very likely” the region would be hit with tougher rules.

The Government moved to pave the way for tough new restrictions by saying workers in pubs, restaurants and other businesses which are forced to close will have two thirds of their wages paid by Whitehall in a financial scheme announced by the Chancellor earlier on Friday.

Rishi Sunak said the expansion of the Job Support Scheme would protect jobs and provide “reassurance and a safety net” for people and businesses across the UK in advance of a potentially “difficult winter”.

In the letter to northern MPs Sir Edward stated that “The rising incidence in parts of the country mean that it is very likely that certain local areas will face further restrictions.”

He added: “The Government will discuss a set of measures with local leaders all of which present difficult choices.”

Talks are to continue over the weekend.

Communities Secretary Robert Jenrick told BBC Radio 4’s Any Questions: “Our approach… will be to have simple national rules, some basic rules to be implemented where the rate of infection rises in a concerning way in a particular place, but then also greater freedom for those local areas to design further measures, in conjunction with ourselves.”

After a meeting with Government officials, leaders of West Yorkshire councils wrote a joint letter to the Chancellor stating: “We are concerned by rumours in the media that we might be pushed into Level 3 of a new system set to be introduced, without any discussion or consultation, or without adequate economic measures put in place to support affected people and businesses.

READ  Boris Johnson told to 'be bold', tear up Brexit withdrawal agreement and be DONE with it | UK | News (Reports)

“Another lockdown will have a devastating effect on our town and city centres and the overall regional economy. It will result in a levelling down of our region and undo the good work we have done over the last decade to improve the fortunes of our people.”

The moves came as a further 13,864 lab-confirmed cases of coronavirus in the UK were reported on Friday, and 87 more deaths were confirmed of people who died within 28 days of testing positive for coronavirus.

Separate figures suggested coronavirus cases are doubling about twice as fast in the North West, Yorkshire and the West Midlands as for the whole of England.