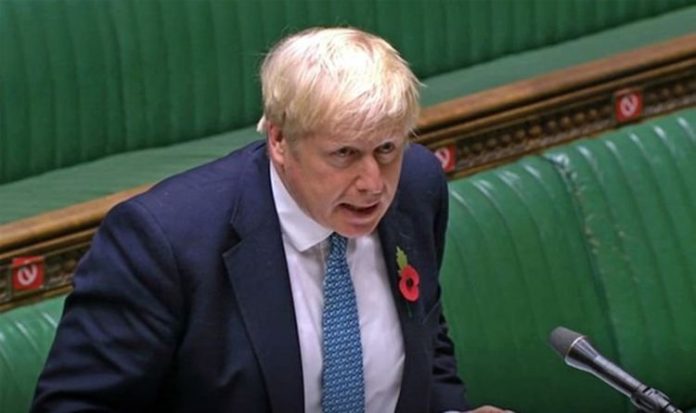 The Prime Minister announced on Saturday, October 31 that England will be entering a second lockdown from Thursday, November 5. Boris Johnson told the Downing Street press conference the new lockdown measures are essential, as coronavirus cases continue to rise in England.

The Prime Minister has since stressed the lockdown will not last longer than the four weeks currently proposed.

He has guaranteed “without a shred of doubt” the lockdown will end on December 2.

Mr Johnson is expected to face backlash from some members of his own party when MPs vote on the measures later this week.

In the House of Commons on Monday, some MPs voiced their disapproval of the Prime Minister’s decision to introduce another lockdown.

Sir Charles Walker, vice-chairman of the powerful 1922 Committee of Tory backbenchers, said he would vote against the legislation.

Sir Charles argued that the UK is drifting “further into an authoritarian, coercive state”.

He told Mr Johnson: “The people of this country will never, ever forgive the political class for criminalising parents seeing their children and children seeing parents.”

Any rebellion from Conservative MPs on the lockdown vote is likely to be symbolic.

The Government announced a new three-tier lockdown system would be put in place in England earlier in October.

The three-tier system ranked areas based on whether the risk of coronavirus in an area was considered medium, high or very high.

Mr Johnson has also said technological improvements, such as rapid coronavirus testing, will help businesses moving forward after the lockdown is lifted.