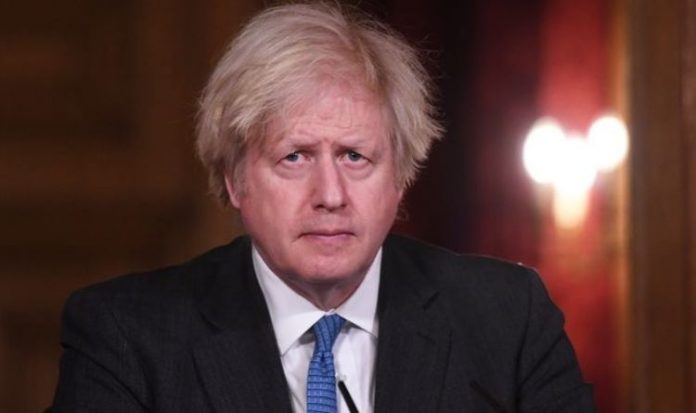 The Prime Minister is expected to address the nation via television on Monday evening in an effort to explain the plan to get the country out of the pandemic. Despite the huge amounts of speculation, the Government has worked very hard to keep details largely under wraps about what this roadmap could entail. A number of easements have already been agreed on, including a full reopening of schools and a limited resumption of care home visits indoors.

Could Boris Johnson keep some areas locked down?

As it stands, it is unclear exactly what the Prime Minister has planned for his roadmap out of lockdown.

But it does not seem likely he will keep some areas locked down while others reopen.

Instead, the Government will most likely choose to adopt an inclusive and national approach to easing restrictions considering the lockdown has applied to every area of the country.

The regional tiered system which was in place is unlikely to make a comeback, it is understood.

Following the last lockdown, England returned to a tiered arrangement that restricted activities in certain areas based on infection rates and other factors, such as pressure on the NHS.

The system was widely criticised for not doing enough to sufficiently bring down the infectivity rates in the UK.

Another downside to the tiered approach is the confusion it causes for people who cannot determine what applies to who and where.

The Prime Minister said he would be “keeping an open mind” on matters, so it’s unclear exactly where we stand.

Ministers had previously said they expected a swift return to the regional system of tiers.

As early as January 27, Communities Secretary Robert Jenrick said “it’s sensible that we target restrictions on those places where the virus is most prevalent”.

As ever with this Government, a lack of clarity and communication between ministers seems to be the prevalent theme.

In good news, though, the vaccine rollout is going well in the UK with the Government having reached its target of vaccinating 15 million people by February 15.

That comes as good news to the elderly residents, who will soon be able to have regular contact with one person outside of their home.

The full plan for easing lockdown restrictions is expected to be released on Monday, February 22.