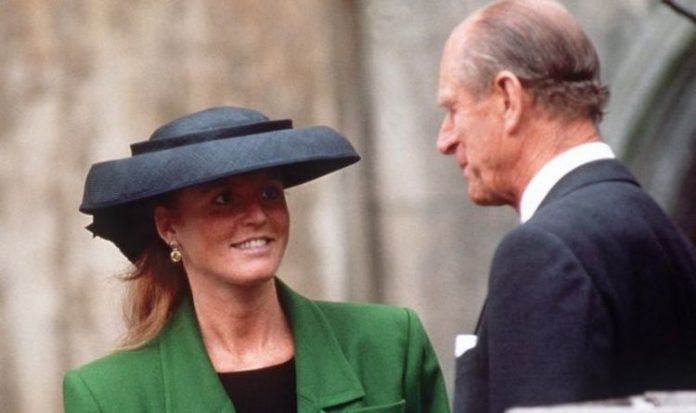 Prince Philip and Fergie are known to have shared a bit of a rocky relationship following the breakdown of the Duke and Duchess of York’s marriage in the early 1990s. But when Prince Andrew first made his intentions about Sarah Ferguson clear, the Duke of Edinburgh welcomed her commitment to getting into the Royal Family’s way of life. The Channel 5 documentary ‘When Fergie Met the Monarchy” explored the Duchess’ first attempts at settling down into her new royal role.

Narrator Samantha Bond said: “Despite the less-than-royal first impressions, Fergie set about winning over the Windsors by appealing to their interests.”

Royal biographer Tom Quinn said: “She was someone who really threw herself into the pursuit of the Royal Family values.

“For example, she learned to drive four in hand, carriage driving, the thing Prince Philip at the time absolutely loved.

“She was pretty good at it and Philip thought this was extraordinary.”

Commentator Richard Kay added: “She had learned to ride at a very young age and Her Majesty loves horses, and she liked to ride.

“The fact that Sarah could accompany her on horseback was another huge plus.”

The idyllic relationship Fergie shared with the Queen and Prince Philip however took a hard blow when the Duke and Duchess of York’s marriage broke down.

The publication of scandalous pictures of Sarah with her lover during the summer of 1992 ultimately lead to the couple’s divorce and resulted in a tense confrontation between Fergie and the in-laws.

Despite past skirmishes, Prince Philip and Sarah Ferguson this month came together again to express their joy at the birth of Princess Eugenie’s first son.

August Philip Hawke Brooksbank is the first grandchild of the Duke and Duchess of York, the first-born of their youngest daughter and the Duke of Edinburgh’s eight great-grandchild.

The baby was born via C-section at the Portland Hospital on February 9.