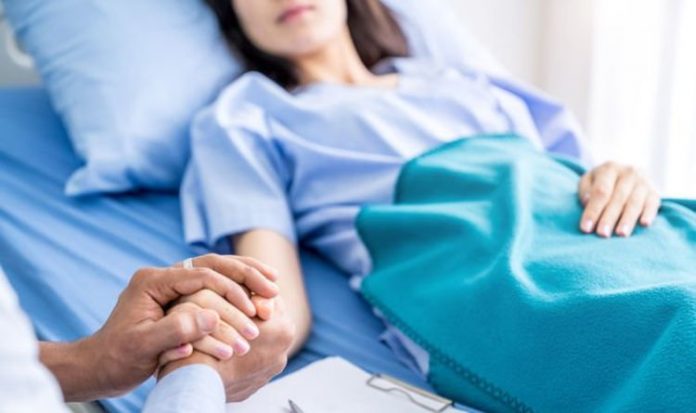 The research published last week online in the BMJ, was put together in the light of treatment delays resulting from the pandemic and have led to calls for more attention to be given to other deadly health conditions whose treatment is being put at risk by national measures to contain the virus.

The study, the first of its kind and carried out by UK and Canadian researchers, assessed the impact of cancer delays using data from 1.2 million patients using 34 different studies and including 7 different cancers – breast, head and neck, colon, rectum, lung, cervical, and bladder.

It assessed delays to treatments such as chemotherapy or radiotherapy as well as delays to surgery. For surgery there was a 6-8 percent increase in the risk of death for every four week treatment delay.

An eight week delay in breast cancer surgery was linked to a 17 percent increase in death rates increasing to 26 per cent over a 12 weeks and associated with 1,400 unnecessary or extra breast cancer deaths in the UK.

The authors called on the results of the study to guide policy making on the organisation of cancer services as the pandemic continues and further delays are expected.

Professor Richard Sullivan, leading expert in global health and cancer at the institute of Cancer Policy, King’s College London, said: “The results of this study are both staggering and sobering. No delay is safe. The existing government policy of a 31 day target for treatment after diagnosis is evidence free and this is not acceptable. We also now have delays caused by the response to the pandemic which has caused huge friction in the system. This study highlights the previously invisible cost of this response. The focus has up to now been on deaths caused by covid-19 and too little attention paid to the delays in treatment and diagnosis as a result of the indirect impact on other significant health conditions which are not being weighed up.

“Undoubtedly the pandemic’s impact on cancer care and outcomes will be felt long after the virus reaches global equilibrium.”

READ  Keep it in the family: 23 percent of businesses employ a relative | UK | News (Reports)

Previous studies have estimated delays to cancer diagnosis caused by the pandemic could cause up to 35,000 extra deaths.

Last month the Health Secretary Matt Hancock claimed it was “critical for everybody to understand the best way to keep cancer services running is to suppress the disease”, suggesting hundreds of thousands of patients may face delays to planned surgery and chemotherapy, if the outbreak continues to spiral.

Since the lockdown in March there have been widespread delays to cancer surgery and patients have missed out on potentially life saving therapies because tackling Covid-19 became the focus of the health service.

Scientists are currently working out the scale of this. One study shows almost 2.5million people missed out on cancer screening, referrals or treatment at the height of lockdown.

A spokesperson for the NHS said: “Over 125,000 people started treatment for cancer during the peak of the pandemic and 95 per cent of those did so within one month of a decision to treat, with the numbers of people currently being treated back up to pre pandemic levels.

“Guidance on cancer surgery was carefully drafted and agreed with a range of royal colleges and surgical experts based on the safest options for patients and actually a separate study found that any brief pause in treatment would have a very modest impact on health outcomes.”