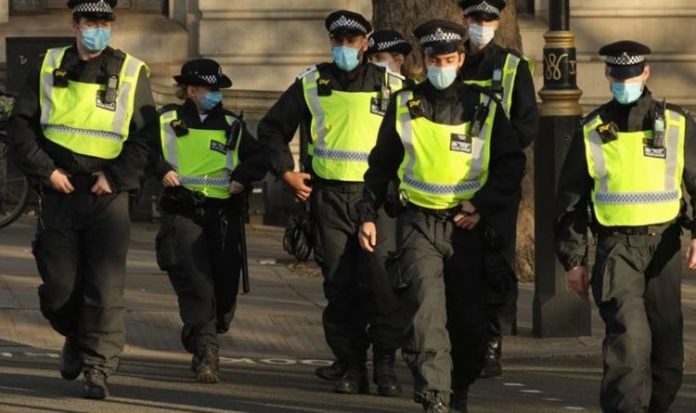 Pubs, restaurants and non-essential shops have been ordered to close their doors and members of the public have been told to stay at home until December 2 in a bid to reverse the spread of COVID-19. But large numbers of people and businesses appeared to flout the rules at the weekend, prompting senior officers to warn they are prepared to ramp up their response to any further lockdown breaches.

Organisers of large gatherings of more than 30 people can be fined £10,000.

National Police Chiefs Council chairman Martin Hewitt said: “Not following the regulations and measures put in place to limit the spread of the virus is unacceptable.

“We won’t waste time with endless encouragement for those who knowingly or deliberately break the rules.

“People recklessly ignoring the regulations should expect to receive a fixed penalty notice.”

READ MORE: Coronavirus vaccine update: It could be rolled out by March says WHO

Home Secretary Priti Patel told police chiefs she expected to see more fines being handed out and a more robust approach to enforcing the restrictions which came into effect at midnight last Wednesday.

Ministers said people should be reminded lockdown rules apply to everyone and warned law breaking will not be tolerated.

One minister said: “The message is ‘we are prepared and the police are prepared to escalate our response on this if there is persistent and wilful breaching of the law’

“The police will escalate the response if we see repeated and continuous infringements and flouting of the law.

“The police are ready – we have protocols in place.”

Justice Secretary Robert Buckland said law enforcement will continue the approach of “policing by consent” to try to get the public to comply with the new lockdown.

And he said expansion in the number of COVID-19 marshals in local communities would also represent a “twin-track” approach to getting people to obey the regulations although they have no powers of enforcement.

Mr Buckland said: “Where a more intense intervention is needed, then the police will be involved and of course the fine structure is still in force.

“Because we have sensibly calibrated these regulations to adjust for the experience we had last time, the public can expect, where there are egregious breaches, the police will intervene and the law will take its course.”