This will be followed by sports but mixing of households will not be permitted either outdoors or indoors. The Prime Minister said he is “optimistic” when asked about reopening schools on March 8 but noted the need for caution.

He has faced a demanding letter, signed off by 63 Tory MPs in the Covid Recovery Group, calling for an end to coronavirus restrictions by May.

The group, led by former chief whip Mark Harper and former minister Steve Baker, wants all schools opened by March 8 and restaurants, pubs and cafes opened for the Easter holidays.

They suggested a vaccine gives the population “permanent immunity from Covid-related lockdowns and restrictions”.

The Government announced 14.5 million vaccines had been administered to the most vulnerable by Friday, just shy of the 15.2 million target.

But the MPs told Mr Johnson he cannot continue to “move the goalposts”.

Fresh insight has been given to what shape the first easing of lockdown could take.

According to The Daily Telegraph, coffee on a park bench and outdoor picnics will come around the proposed school reopening date.

This can include anyone from the same household or another person one-to-one.

“The miracles of science are already making a huge difference, not just through vaccinations but therapies as well. New therapies are being discovered the whole time which are enabling us to reduce mortality, improve our treatments of the disease.” 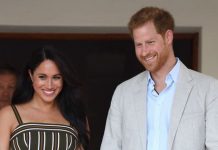 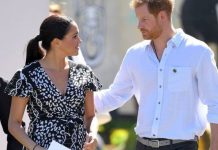