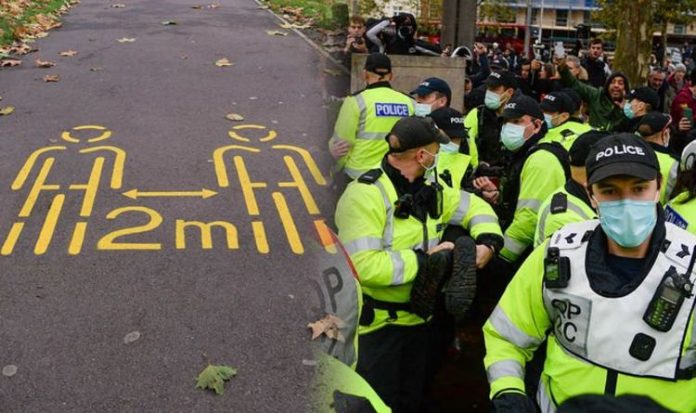 Tougher tier systems could be introduced in England when lockdown ends according to a Government advisor. Epidemiologist and interim chief medical officer of Test and Trace Dr Susan Hopkins said regional rules around social mixing and which businesses must close could be “strengthened” in some areas to help keep COVID-19 cases low. But what happens after the lockdown comes to an end?

What are the current lockdown rules?

England was placed under stricter nationwide restrictions from Thursday, November 5.

The new rules will come into effect from 12.01am on November 5 until December 2.

All of England will be subject to the same restrictions mandating people stay at home except for a list of specific reasons.

The Housing Secretary discussed the possibility of tier 3 measures being made more restrictive.

He said: “My own area of Nottinghamshire, the local council chose to go over and above and limit the sale of alcohol from off-licences and so on after a certain time, so that people didn’t go home and have parties or drink alcohol on the streets.

“So there were some tweaks to the tiers that you’re seeing in some parts of the country and it’s that sort of thing that we now need to consider.

“Was that a sensible move? If so, should we embed that in the new tier structure?”

READ MORE: Can you still view houses in lockdown?

The rule would ban people from stocking up on alcohol after leaving pubs and bars once they reopen.

READ  Businesses urged to get involved in major A303 Stonehenge upgrade

The measure would endeavour to help people avoid forgetting social distancing rules and other protective measures after drinking.

The Housing Minister added most businesses should be able to reopen once lockdown ends, however, in some areas with the highest rates of infection closures are still possible.

Insiders have also suggested a ban on indoor socialising is possible during the first week of December.